Lull Beaters: Bucks are Adapting to Changes, Will You?

Photograph by Donald M. Jones Each year in early to mid October, hunters start singing the blues. The go-to tactic... 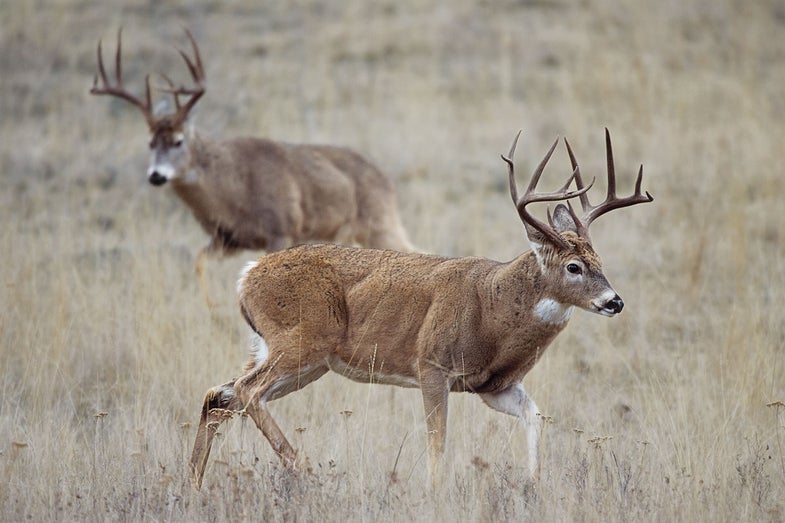 But recent telemetry studies in Maryland and Ohio show buck activity actually increases steadily through October. So why do deer sightings decline? Four changes take place, and there are solutions for each.

Change No. 1
Bachelor groups break up. It’s easier to miss seeing a single deer than a herd of bucks. And when they disperse, these bucks choose new hideouts in thick cover—spots previous trail-cam reconnaissance won’t show because the cams were focused on current movement.
—
Adapt by…
Patterning individual bucks. Don’t focus on bachelor herds. Use trail cameras to pin down new single-deer travel patterns that evolve after groups of bucks split and move into thicker, more scattered bedding spots. Check the cams only during midday when the wind is favorable.

Change No. 2
Bucks become nocturnal. Morning hunts and careless exits from stands in the afternoon cause mature bucks to sense hunting pressure just days into the season. They know their survival depends on moving near or after dark, unlike in early fall when they might feed in sunlit fields hours before dark.
—
Adapt by…
Changing your hours. Hunt thicker cover closer to daytime lairs. Skip morning hunts. Start later and don’t expect bucks to show early. Hunt until the absolute end of shooting hours, then wait until full dark and slip out silently, circling around deer if necessary.

Change No. 3
Available foods shift. Alfalfa may be cropped short. Soybean leaves have yellowed. Clover is often dried and withered. Fields are not so attractive now. But two major woods foods become plentiful—acorns and leaves. Bucks can simply rise from their beds and feed on mast and fallen leaves.
—
Adapt by…
Refocusing where you hunt. Forget fields until the rut arrives; hunt the woods. Scout fresh tracks, droppings, rubs, and scuffled leaves, then set up. Even if the acorn crop is poor, deer will feed on fallen leaves, brambles, and greenbrier.

Change No. 4
Does enter estrus. Five to 10 percent of does will cycle early and begin drawing bucks away from their core areas weeks ahead of the major November breeding period. The biggest bucks shadow these early pheromone-­exuding does, pairing up with them in remote spots in woods or isolated thickets.
—
Adapt by…
Pinpointing the largest doe in your hunting area. Watch her for early estrous signs—​a crooked tail, a nervous manner. She’ll draw the biggest buck to an isolated area. Locate the closest secluded thicket, and be there waiting.

Last year, a friend of mine bought an adjustable 60- to 70-pound compound bow before deer season and set it at the maximum pull weight. He shot it well enough during warm, preseason practice sessions. But after spending two hours in a treestand on a subfreezing November morning, he couldn’t break the bow over when an 8-point buck stepped clear at 20 yards.

I know of other hunters who’ve missed shot opportunities or spooked bucks while struggling to pull overly heavy bows. Using one may give you the advantages of more power and flatter shooting (as well as a sense of machismo), but that is no substitute for the ability to shoot comfortably and accurately in the unfavorable conditions that follow comfortable warm-weather target shooting. —Mark Hicks