Switch Hit: How to Transition Between Your Deer Rifle and Grouse Shotgun

Photograph by Mark Raycroft As an athletic feat, shooting a shotgun at the blur of a ruffed grouse is almost... 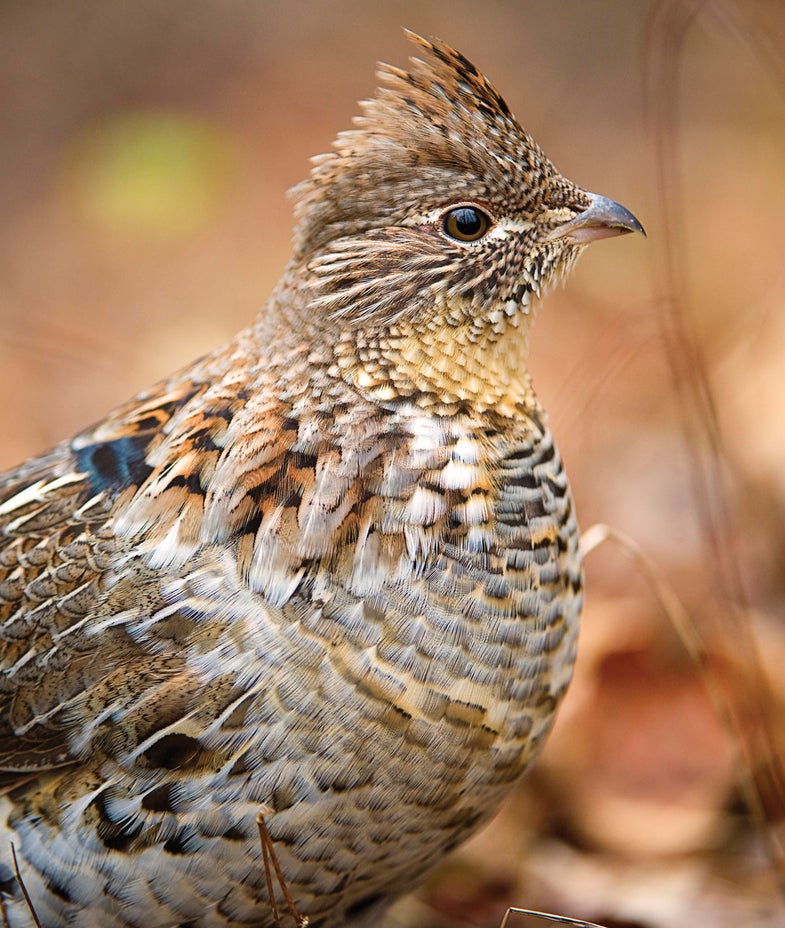 As an athletic feat, shooting a shotgun at the blur of a ruffed grouse is almost the opposite of steadying a riflescope’s crosshair on a whitetail’s vitals. That’s a sticky truth that confronts deer hunters who climb down from their treestands for a few days of bird hunting.

One hunter who has no trouble making the switch is Sgt. Michael McPhail of the U.S. Army Marksmanship Unit. A 2012 Olympian, he is currently ranked No. 1 in the world in 50-meter prone rifle and is one of USA Shooting’s bright hopes for the Rio games. He is also a diehard grouse hunter who has averaged 80 to 85 percent success on shots at grouse over the last few seasons. “I should,” he points out. “I shoot a lot.”

Here are McPhail’s five tips for making the switch from rifle shooting to grouse hunting.

1. Get on Target
“I focus on my rifle’s front sight, but with a shotgun, that focus switches to the target,” says McPhail. Aiming is the worst way to shoot a shotgun, partly because looking at the bead is the best way to make the gun stop, causing a miss behind. Focus on a grouse’s head, and the gun will go where it needs to. “Clay-target shooters say if your name were written on the edge of the target, you should be able to read it. You need that same kind of focus on a grouse.”

2. Beat the Brush
Deer hunters, especially bowhunters, fear the branch that might deflect a shot, and they discipline themselves to wait for a clear lane. Do that in grouse hunting and you’ll never shoot your gun.

“Even in thick cover, a grouse flies in a straight line,” says McPhail. “If I can’t see the bird clearly, I stay on that line and guess where it’s going to be.” Remember, you’re launching a swarm of pellets, not a single projectile that may go off course when it hits a twig. Enough of the pellets will get through to the target. It’s surprising how often you don’t see a grouse fall, but you hear it thump on the ground.

3. Slow Down
“Grouse aren’t fast,” says McPhail. “You can usually shoot right at them without much lead at all.”

Grouse seem like quick fliers when they take you by surprise in a fast-thumping whir. But they aren’t. Most shots in the woods are close, too. Shooting at the head is usually all the “lead” you need. As you react to a flush, force yourself to slow down. Rushing often does nothing more than attract your eye to the gun, making it stop.

4. Look Up
In deer hunting, your natural inclination is to scan the brush, trying to see the animal. If you do the same in the grouse woods, the bird will be up and out of sight in an instant, leaving you scrambling to catch up.

“When I walk in on a point,” says McPhail, “I circle around to trap the bird between me and the dog, and I’m looking for possible escape routes.” Keep your eyes up. You’ll hear the bird flush, and you’ll see it sooner.

5. Pass It On
“The first thing I did with my daughter’s new BB gun was remove the sights,” he says.

It may be too late for you, but if you want to raise hunters who can switch guns effectively, you should ditch any rifle sights and teach them how to point a gun first. Once aiming is ingrained, it’s hard to learn not to do it. By shooting her sightless BB gun at milk jugs from 10 steps, McPhail’s 4-year-old daughter is more apt to become a good shotgunner, and he says he can teach her to aim a rifle later. Years from now, if she climbs out of a deer stand, she should have no trouble knocking down grouse. As for the rest of you, stick to the advice above.

No one buys nicer guns and then drags them through nastier cover than ruffed grouse hunters. Cabela’s new Plantation Grade Dickinson ($2,199; cabelas.com) is made for that abuse. A classic two-trigger double with a Turkish walnut stock and case-colored side plates, it is a beauty and a shooter. I tested the 28-gauge, which at 51⁄2 pounds is a wand you can carry in one hand all day while fending off briers with the other. At the skeet field I found it was surprisingly easy to hit with, at least on the first shot. Sharp-recoiling loads, like the 1300-fps Winchester Super Sporting ammo I used, can make follow-ups tricky with such a light, slim gun. But load sensibly, and it’ll be deadly on grouse and woodcock. —P.B.