Kill a Superbuck: The Fenceline Loner

Photograph by Donald M. Jones You know that legendary deer that no one can kill? The one that never shows... 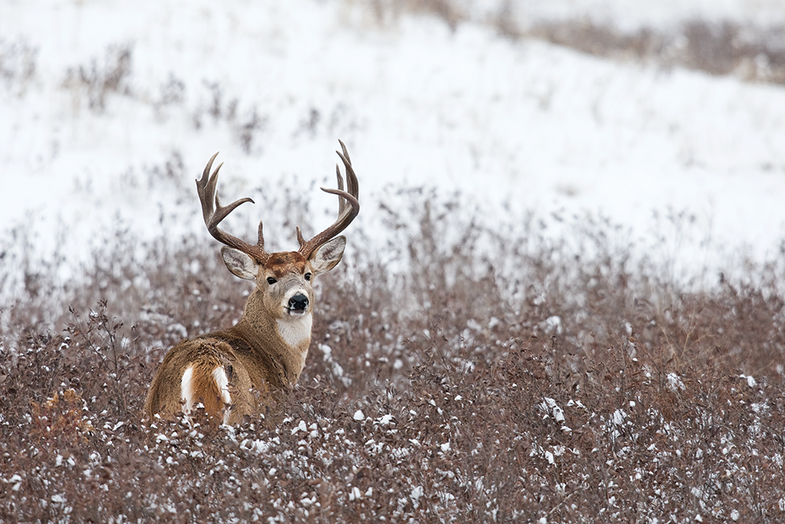 ■ Last year during the rut, Kelso spotted this monster buck with a doe out in the middle of a field. When he stopped to glass him, the deer bolted into a patch of trees and grass no bigger than an acre. He’d never gotten the deer on camera. “So I got to thinking that maybe that tiny patch of cover was where this old buck was living,” Kelso says. “We get deer like that sometimes— largely nocturnal bucks that just hang in a very small area and hardly ever leave.”

An overgrown fenceline ran through the little woodlot, so Kelso hung a stand on each side. “It wasn’t easy; I just imagined that buck lying in there, listening while I hung each set.” The next challenge was convincing a hunter to wait out a buck where he was practically guaranteed not to see many deer. Woodruff agreed and sat dark to dark for two days without seeing a deer. Finally, a half hour after daybreak on the third day, the buck got out of his bed and walked down the fenceline, and Woodruff shot him at 15 yards.

■ Waiting out an old buck is tough but worth it. “The third morning we were having breakfast and I asked Jason if he was ready to go back. He really dragged his feet before saying ‘What if I need a break?’ I told him we’d have to put someone else in there, so he went—and it paid off huge.”