Photograph by Mark Raycroft You know that legendary deer that no one can kill? The one that never shows before... 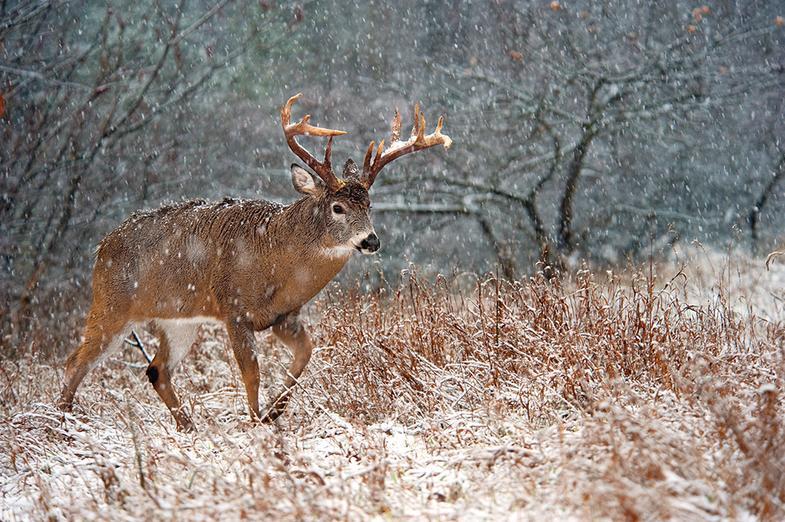 ■ “It ended up being a straightforward hunt for a buck that we only had night pictures of,” says Primos. The buck was old and heavy-racked and Primos had plenty of photos of him, but no one had seen him on the hoof. It was mid January and the rut was over. “I was discussing strategy with my cameraman Zach Frazee before the hunt, and we decided to try an old clear-cut we call the Hell Patch.”

Primos and his crew create 5- to 15-acre cuts, recognizing that they won’t be good for at least five seasons. “We pick a good stand tree or two for different winds, cut everything around them, and then come back and put a food plot close to the stand trees.”

Primos felt the Hell Patch would be good because it was post-rut and mature bucks would be eating hard, trying to recover from the rut. “We snuck in about 1 p.m. and got set up, and within an hour we watched a buck stand up, walk into the plot, and give me a good shot. It was the big 8-point that had been showing up on camera. That’s the thing about these mature bucks; they’re so efficient at finding and breeding does during the rut that you hardly ever see them. But when breeding is over, they’ve got to eat.”

■ Sometimes it takes planning to kill a superbuck. Primos’s aggressive habitat work doesn’t pay immediate dividends, but it provides the small hidey-holes that savvy old bucks tend to favor, as well as the late-season food that all deer count on to recover from the rut and ready themselves for winter. Ask yourself: Where would a super­buck hole up on my property? If you can’t think of a spot, make one.