Deer Camp Tale: You Want Fries With Those Eyes?

Illustration by Dan Vasconcellos The group of farmers I used to hunt with sure knew how to butcher meat. In... 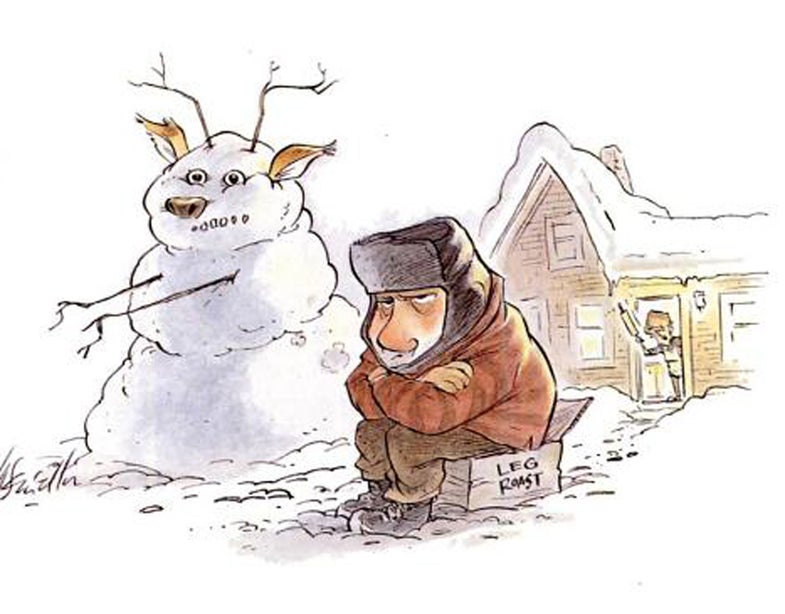 The group of farmers I used to hunt with sure knew how to butcher meat. In the course of an evening they’d reduce all the deer hanging in our shed to a row of cardboard boxes full of neat, white packages, one box for each member of the party. There was always a cooler of Mountain Dew in the corner and a gas grill outside to cook up bites of backstrap.

During one of these sessions, one of the farmers, Lonny, arrived late and staggered through the shed door far too drunk to be of any use.

“Don’t worry about it. We’ll cut up your share for you,” the others told him, taking the sharp implements out of his hands and steering him toward a folding chair.

Lonny awoke when it was time to go, embarrassed by his behavior. He noticed his box of venison was a little fuller than the rest. If he’d looked carefully, he’d have found the difference was a large, curiously lumpy package labeled “Leg Roast.”

“I’ve got more than everyone else,” he protested.

“It’s okay. You deserve it,” they said, ushering him out.

One day that winter Lonny’s wife must have gone down to the freezer and fetched a package of venison. She would have unwrapped the paper, revealing a mass of intestines, ears, tails, teeth—even a nose—topped with whitetail eyes goggling at her from the top of the heap. Farm wives see their share of blood and guts, but she probably screamed anyway. No one knew for sure, because Lonny never said a word about it. But he never came to deer butchering drunk again, either.

This story originally ran in the February 2002 issue of Field & Stream_._