While the quarry’s magnificence is unchanged, the public face of the trophy hunter has been transfigured, from hero to villain. Yet done right, there’s still honor in the chase, and there’s no better way to conserve big game 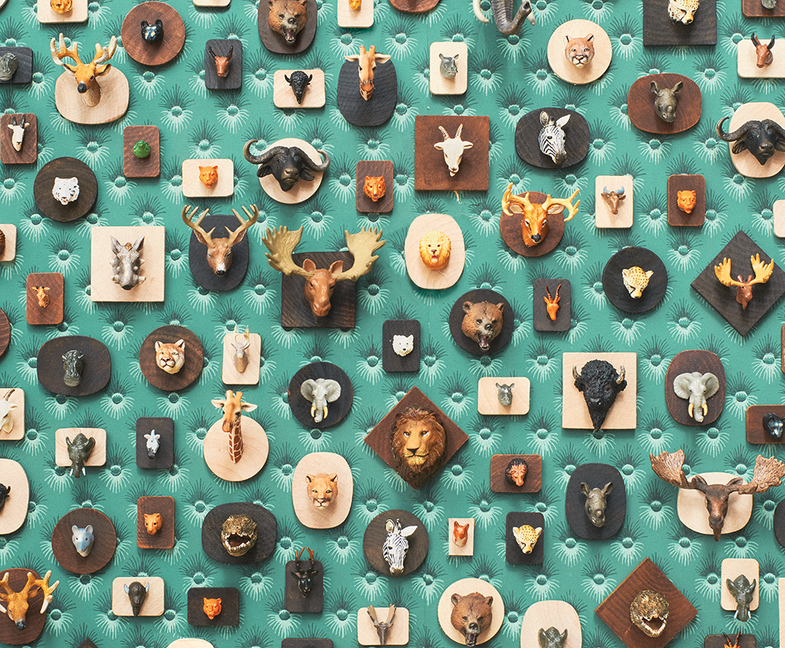 The greater part of a lifetime ago, I walked softly for a mile through the darkness of the Rombo country of southern Kenya. Sunrise lay two hours ahead, and I found the leopard blind via a process akin to Braille. The professional hunter, John Fletcher, the tracker, Mmaku, and I felt our way into the small boma of woven tall grass and wild-palm leaves and hunkered on the ground, not speaking or moving. It was 90 minutes later, still night, when we heard the big male feeding in the tree.

I slid the muzzle through an opening in the boma and waited for light. There was the slow dilution of the dark, like cream added to black coffee, until the curled-tail silhouette came into view. Now, I needed to make out the rosettes on the hide, to be sure of where to aim. As they became visible, Fletcher whispered, “Take him.”

The leopard dropped from the limb. When we found him, lying in the grass at the base of the tree, Fletcher was smiling, and said, “Well done, lad.”

Natural Wonders
Before Cecil became the most universally mourned lion since Disney’s Mufasa, trophy hunting had another face. One was that of a Michigander in a Borsalino hat, an archer by the name of Bear. Others were named Hemingway, Ruark, and Roosevelt. These were the recognizable faces of a tradition of ethics and respect toward wild animals and hunting. Now, the public face of trophy hunting has been transfigured, like Jekyll to Hyde, into that of a beaming bowhunting doctor of dentistry from Minnesota.

The Middle French word trophée, signifying a “monument to victory,” shares an ancient root with another word in French, trouvé. Objet trouvé means “found object,” a natural artifact that has aesthetic value without human modification. In The Tender Carnivore and the Sacred Game, the late “environmental perceptionist” Paul Shepard defines the found object as “a fragment of the universe.” Anything, he tells us, from a unique cowrie shell to a singular raw gem, a feather, tooth, piece of coral, bird’s nest, or, I would add, the horns or hide of a hunted animal, “relate[s] man to nature” and functions as “a precursor of art.”

Archaeological evidence points to Neanderthal man’s fascination with, and collection of, these objects; and later humans painted images of such marvels on the walls of caves. As ancient hunters, though, it was not our artistic sense but pure pragmatism that drew us to the most magnificent wild animals.

Bigger Is Best
The pursuit of trophy game is a survival strategy dating from the origins of the hunt. Today, the last people on earth to practice the oldest form of trophy hunting are the San hunters of the Kalahari. They run their prey to ground on foot. This is persistence hunting, the first human hunting technique, made possible by the locomotive efficiency of bipedalism, a skin covered in sweat glands for rapid cooling, and opposable thumbs to carry water.

In this hunting marathon, the bulls with the biggest horns are the game of choice. Large headgear means less endurance in the chase; such a male is therefore the one the San cut out of the herd, knowing that he will collapse from exhaustion first, and provide the greatest quantity of meat. It is a fair assumption that this is the template for hunting that we all carry in our DNA: Bigger is best.

Now, of course, it is also symptomatic, for so many, of the depravity of the trophy hunter.

Never mind what late-night hosts and sobbing starlets have to say, or more often tweet, about the death of Cecil. Listen to the words of nomi­nal fellow hunters.

One disconcerting voice is that of a wildlife biologist, former U.S. Fish and Wildlife Service agent, former member of the California Fish and Game Commission, and current director of a conservation society associated with feathered creatures, who represents himself as an “avid hunter and fisherman,” though one, to be sure, who mostly practices “catch-and-release fly-fishing for trout on wild rivers,” and who limits his hunts “to game birds like pheasants and quail.” Of course he does.

Writing in the San Francisco Chronicle in the wake of the scandale d’Cecil, this professional’s considered judgment is, flatly stated, that the “killing of trophy animals sours the public perception of hunting and helps bring about the demise of outdoor sports in America. It’s time to recognize that trophy hunting no longer has a place in true sportsmanship, and put this outdated practice behind us.”

These are not the ravings of some PETA-phile but the purportedly honest conclusions of a, by his own lights, fellow sportsman. One might be forgiven for sensing something willowy in such pronouncements, bending correctly to the peak winds of massed opinion, suggesting that Cecil’s death could not have come at a better time. They are, nonetheless, ones put forth by an accredited wildlife authority who has influenced wildlife regulation and policy, and may very well do so again.

Case for the Chase
Before we go gentle into that publicly acceptable vision of hunting (never exceeding the odd brace of grouse, displayed with exquisite good taste in still life or preferably not at all), consider that the case for trophy hunting is extensive and reasoned. Set aside that the instinct to hunt trophy game comes from our unique path of evolution. All one needs is this single fact: The only two regions where wildlife has increased on a large scale in the last century are North America and southern Africa, where conservation is built around hunting. In southern Africa, regulated hunting is almost exclusively for trophy game, while in North America, many species flourish because of their value as trophies.

The hard truth is that large animals have no worth in most places on earth, except as trophy game. The end of tiger hunting, and ultimately all legal hunting, did nothing to restore the big cat’s population in India; instead it has tumbled. Then there is the poster child for the inefficacy of hunting bans, Kenya, which since it outlawed big-game hunting in 1977 has seen wildlife numbers drop by 60 to 70 percent, with lions plummeting 90 percent.

Antihunters take no issue with this, it being better to let species risk extinction rather than be hunted. Some are pleased to suggest it. Consider Johnny Rodrigues, head of the Zimbabwe Conservation Task Force, the body that first brought the Cecil affair to the public’s attention: “Our national parks is where the real conservation should be taking place. The animals should be free to roam and tourists come and see them and photograph them. Hunting should be banned altogether…. Animals can take care of themselves.” Rodrigues also offers the following: “We have heard that some Americans teach their children to hunt as young as 7 years old. This is a horrifying concept.” The horror, the horror.

There is very much a problem, though, with the conceit that national parks are the only places needed to sustain big game. In sub-­Saharan Africa alone, hunting areas equal more than 120 percent of national parks lands, amounting to some 540,000 square miles, two Texases. Without trophy hunting, the incentive is to turn these areas over to livestock, while killing any predators drawn out of parks by the prospect of easy meals. By halting virtually all big-game hunting, Botswana has turned every lion outside of a park into a “problem” animal, subject to summary execution; and more lions are indiscriminately killed today than ever were by trophy hunters.

If you would like to view big game only within the confines of national parks and in ever dwindling numbers, by all means lend your support to the prohibition of trophy hunting. Do not be shocked, though, when “meat” hunting is eventually branded as no better—and it is sheer duplicity to allege that the meat of trophy animals is not consumed.

The answer is not to outlaw trophy hunting, but to make it better. There are remedies suggested, centering on stricter quotas and cracking down on corruption. One, put forth by African wildlife researchers, would ensure that regulations are observed; contributions to anti­poaching efforts are made; stocked animals are indigenous and wild captured, as is done today with excess game from national parks; predators are tolerated; local communities gain from paid hunting; and operations comply with national and local laws. It’s the concept applied to sustainable rain-forest harvest, fair-trade coffee, and even cage-free eggs, so why not trophy hunting? This is just one idea for making trophy hunting more palatable for the vast majority who are nonhunters.

In the end, though, trophy hunting must be about the doing, not the getting. For traditional trophy hunters, it was about the days in the field and the honor of the take, not the numbers on a score sheet. When it becomes all about acquisition, as with the death of that lion, something has gone terribly wrong.

Years after that dawn in Kenya, a Zimbabwean PH at a game convention tried to sell me on a leopard hunting technique he’d devised. In Zimbabwe, cat hunting at night with artificial light is legal. So he hung a shop light in a tree above a bait and wired it to a battery and a rheostat. When the leopard was heard feeding on the impala quarter in the darkness, the PH slowly dialed up the light until the cat was illuminated as if it were the break of day, the leopard completely oblivious.

At some point, I stopped listening. I had the only leopard I would ever want.

Lead photograph by Andrew B. Myers.