The Most Peculiar, Oddball, and Perplexing News Stories of 2015 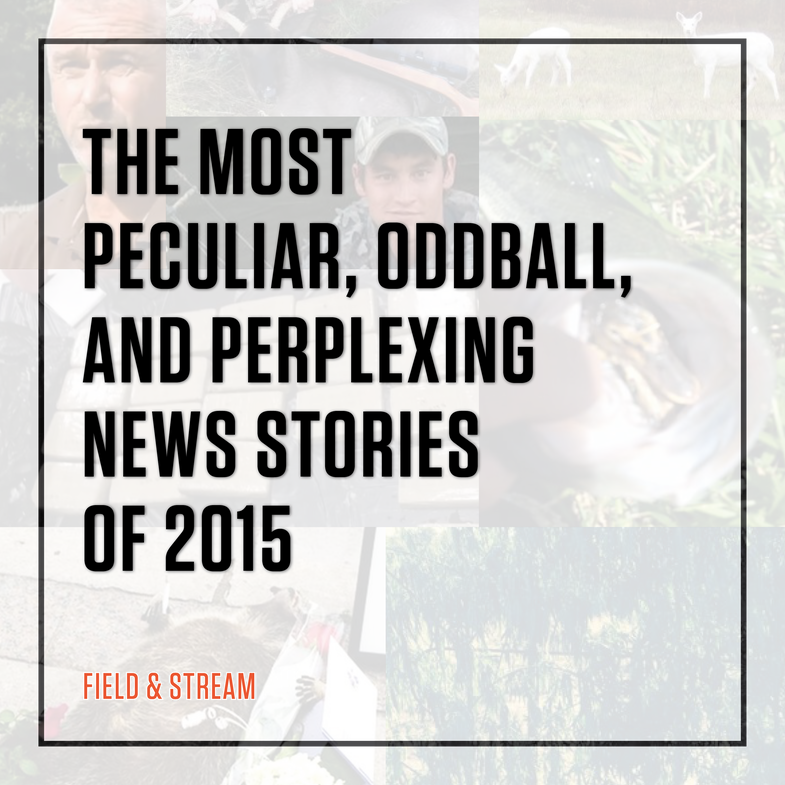 Field & Stream‘s news blog, Field Notes, covers the breadth of the sporting world, including breaking stories, ongoing issues, interesting discoveries, and items of concern. Without fail, though, stories come across our desks that are, well, out there. Sometimes these stories are unfortunate or sad, but often they’re just strange or—in the case of, say, the marijuana dove blind—deeply, deeply confusing. So, to commemorate the end of the year, we’ve collected 18 of the most peculiar, off-the-wall, and mind-warping stories of 2015, and ranked them from least bizarre to most. It’s been a good 12 months, and we can’t wait to see what weirdness 2016 will bring. —_JR Sullivan, associate editor _

Click the images to read each story in full.

16. Australian Poachers Are Cutting Off Deer Heads to Pay for Drugs

10. Off-Duty Officer Reels in $10M Worth of Cocaine While Fishing

6. West Virginia Man Kept Two Deer Captive in His House for a Year

4. Dove Hunters Busted for Poaching, Blinds Made of Marijuana

We’d also like to recognize the wild pig with cotton-candy blue fat, which we covered only on Facebook.