A course from QDMA will make you a better deer manager—and a better sportsman and conservationist. 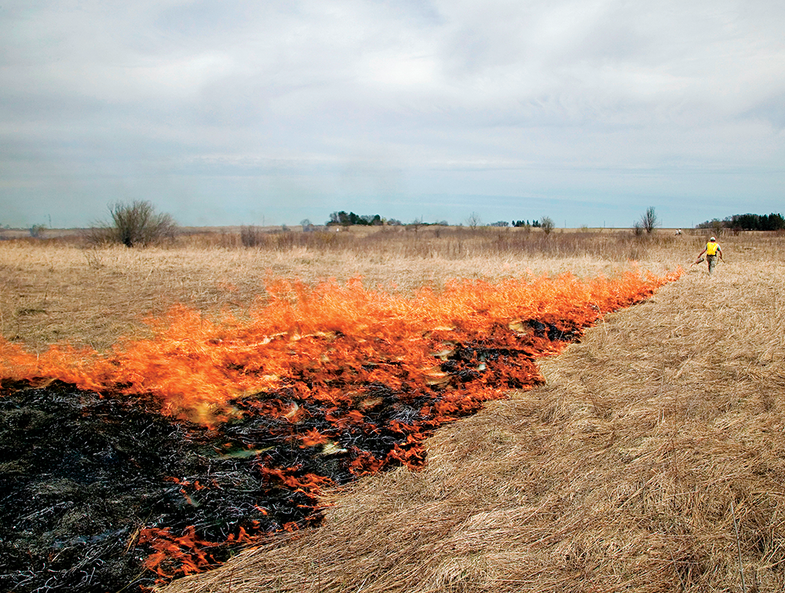 Wearing tattered logging chaps and wielding a chain saw, Dr. Craig Harper looks a little like a ’90s slasher villain. The disgust in his voice is audible as he stares into the timber. “Just look at this,” he says. “It’s summertime and I can see 100 yards. There is no understory. If your woods look like this, you have problems a food plot won’t fix.”

Harper cranks the saw and cuts a deep ring around the trunk of a towering maple. Then he pulls a spray bottle from his belt and pumps a few good squirts of Garlon 4 into the ring. “There. That tree is now dead,” he says.

It’s the happiest I’ve seen him yet.

This is a part of the timber-stand improvement lesson from the Quality Deer Management Association’s Level II Deer Steward course. I’m one of 25 or so guys taking it in. Not all are landowners. A few lease ground; others work for state wildlife agencies. All of us have completed the Level I Deer Steward course, which is more of a classroom affair. I took it online. The Level II course is 15 hours of hands-on instruction.

Over three days, I learn to calibrate chemical sprayers and no-till seed drills. I age jawbones and backdate deer fetuses. I learn how to conduct a deer popu­lation survey, read a soil test, and select an herbicide that will kill grass but not legumes. I learn the basics of a prescribed burn, and the importance of correctly spacing fruit trees for optimum pollination. Most of all, I learn that truly optimizing deer habitat is incredibly nuanced, and fascinating.

If you believe that deer management—and the QDMA for that matter—is only about planting food plots, killing does, and passing up little bucks, then you have a lot to learn, too. And I highly recommend that you take the courses yourself.

In the meantime, here are my three biggest takeaways, two of which I’m already applying to my own ground.

1. Let Your Land Go a Little Wild
I can’t tell you how many times I’ve watched deer nibbling weeds at the edges of my food plots and thought, Bunch of ungrateful ungulates.

Turns out, they may well prefer the weeds. Natural forbs make up the majority of a deer’s diet during the warm months, and the Deer Steward program stresses the fostering of early-­successional growth that provides those forbs, as well as cover. It’s probably the easiest, cheapest, and most important thing a deer manager can do on his property.

What this really boils down to is simply letting some of your clearings grow up naturally. That doesn’t mean you can just forget about them, though; early-successional growth becomes young forest after a few years.

I used to spend weeks mowing fallow fields each summer to knock back growth, but at the course I learned that mowing actually kills a lot of the good stuff, while stimulating the growth of fescue and other invasive grasses—stuff that has little value to wildlife. On the other hand, properly timed herbicide treatments, disking, and prescribed fires keep these areas from getting too woolly, while promoting the growth of beneficial forbs in the natural seed bank.

So last fall, I disked up and left alone one field that I would normally plant. It grew up green and lush with natural stuff, and deer and turkeys grazed in it as much as they did in my food plots.

2. Dig Into the Finer Points of Soil Tests
If you’re one of the few food plotters who actually conduct soil tests, you know that the results can be complicated and difficult to understand. Several hours of the Level II course were dedicated to unraveling these intricacies. During the final exam, we were given the results of a soil sample and had to make up a mock lime and fertilizer order to accommodate it. It was an eye-opener.

Much of my food-plot work is done in fairly rich riverbottoms—places I’ve been planting for years. My assumption has always been that the soil there is good, so no need to mess with it. I’d add a few bags of lime and a few bags of 13-13-13 at planting time and then throw the seed.

What I learned is that a 50-pound bag of triple-13 contains only about 61⁄2 pounds each of nitrogen, phosphorus, and potassium. The rest is filler. If your soil sample calls for 80 pounds of phosphorus per acre and you spread 150 pounds of 13-13-13, well, you’re pretty much wasting your time and money.

This fall, after the course, I did a soil test and discovered that even though my soil pH was only slightly low, I still needed a full ton of lime per acre to bring it up to the optimal level. I also found that some of the money I’d been spending on fertilizer was wasted on nutrients (and filler) that I didn’t need, but I was falling way short on other stuff I did. So I adjusted my fertilizer order. My clover and chicory came up thicker and greener than ever. More important, the number of animals using it shot through the roof.

3. A Lot of Knowledge Goes a Long Way
While I gained a ton of practical info and skills, my biggest takeaway was more big picture. Ignorance of hunting is rampant in today’s society, so it’s more important than ever for hunters to communicate the right message when asked or challenged. This isn’t a matter of being politically correct and saying “harvest” instead of “kill.” It’s about being able to clearly articulate the indisputable truth that hunters do more for and spend more on wildlife in this country than anyone else.

Many of us fall back on the herd-control argument, but to claim that it’s up to hunters to manage populations in one breath and then talk about trapping all the predators in the next doesn’t make a lot of sense to the nonhunter. No, the bigger point is that we are the nation’s key wildlife conservationists.

I’d love to watch the top brass from PETA or HSUS de­bate the instructors for this course. The QDMA guys would wipe the floor with them—and we should all be able to do the same.

These courses arm you with knowledge and confidence by putting some of the best minds in wildlife management in front of you for several days. You’ll be friends with them by the end of it. Sure, some of the things you’ll learn, if applied, will improve your odds of killing a big buck. But it’s much more than that. You’ll be empowered to evaluate habitat and execute a plan that makes it better for wildlife in the long term.

You can’t put a dollar figure or antler score on that.

Want to be a Deer Steward? You can start by taking the Level I course online. It’s a series of video lectures and mostly multiple-choice exams, administered with the help of Clemson University. It can be completed at your leisure, as long as you finish it before taking Level II. Cost for the online course is $175 if you’re a QDMA member, $200 if you’re not. The two-and-a-half-day Level II course is in-person only and capped at 35 students. Price is $800, which includes a QDMA membership ($750 if you’re already a member). For more information on this year’s schedule, contact Matt Ross with the QDMA at 518-391-8414. —W.B.