Close Call: Sheep Hunter Attacked by Bear and Lives to Tell the Tale

A rude awakening in ram country. 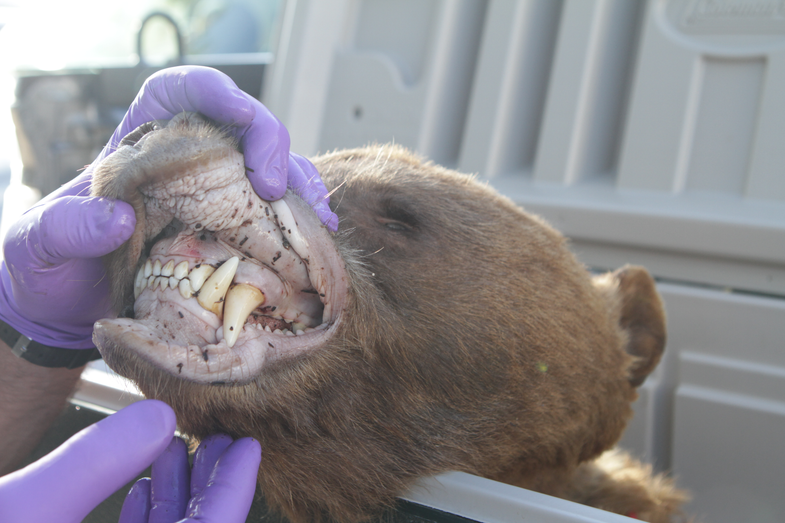 Last October, Stephen Vouch, 29, was attacked by a 275-pound black bear while on an Idaho sheep hunt

I’ve hunted with my friends Bobby and Chris a lot over the years, but this was our first time floating the West Fork of the Salmon River. It was day 14 of our trip, and we hadn’t seen a good-size ram yet, so we were still pushing it hard. That day, we’d run some big rapids, so we were exhausted by the time we stopped on Sheep Creek.

We set up camp and ate, then I crashed at 10:30. I was sleeping in a bivy sack next to Bobby, with a tarp strung up over us. Well, at 2 a.m., something woke me—it felt as if I were being pulled by the hair. The first thing I did was grab the back of my head, which was all wet, and then I saw this shadowy figure over me. Without realizing it, when the bear had bitten my skull, I’d whacked him in the mouth out of reflex, which made him jump and knock the tarp down on top of us, with my head still right between his front paws.

I yelled and started reaching for my pistol, but the bear had shoved it out of reach while rummaging around. But then Bobby woke up and saw him standing over me and grabbed his Judge revolver. He lifted the tarp to see and then, sticking the gun right above my head, shot the bear in the face from, like, a foot away.

After that, the bear ran up a tree above us, but I managed to find my rifle and put him down quickly. There was blood everywhere. Bobby and Chris helped me clean the wounds and skin the bear. Then we just slept late the next day and kept looking for sheep. It was one of the greatest adventures of my life, and further instilled why you should make sure the guys you’re hunting with know what they’re doing. This could’ve ended a lot worse than it did. —As told to JR Sullivan

Photograph courtesy of Idaho Department of Fish and Game