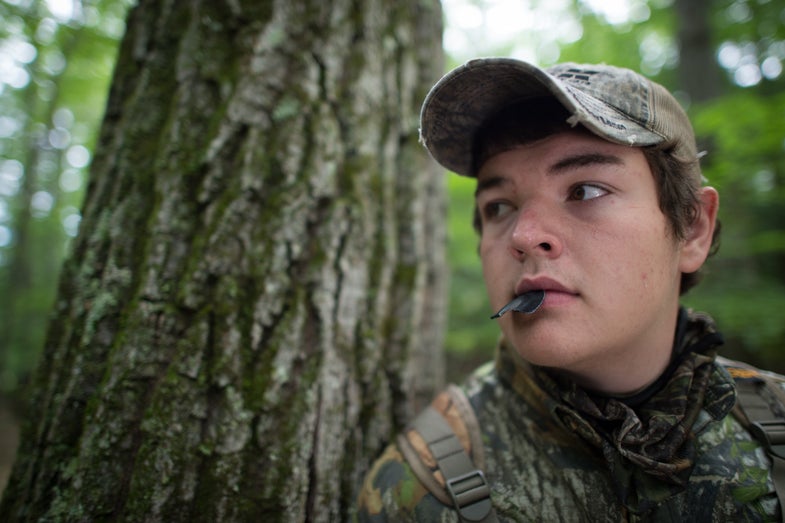 Turkey Calling Tip: How to Finish A Hung-Up… by FieldandStream

When a gobbler won’t commit, Hunter Wallis, six-time Grand National turkey calling champ, switches to a series of soft clucks, purrs, and yelps. “We’ve all been in that situation where we’ve got a gobbler just out of gun range and he won’t break,” Hunter said. “What I like to do there is switch to real soft calling, just to make that turkey think you’re a hen and feeding off.”

For the cluck, he does soft pops, almost like blowing bubbles with his mouth and lips—puht, puht, puht. He moves that into a purr by rolling his throat through whistled lips—coo, coo, coo, coo, coo—followed by soft yelps of sharp air run down the roof of his mouth, and through the call—chip, chip, chip. Cut the yelps off by pursing your lips, then mix it all together and slowly lower the volume to get that gobbler into gun range.