How a Hunter Survived a Rattlesnake Bite 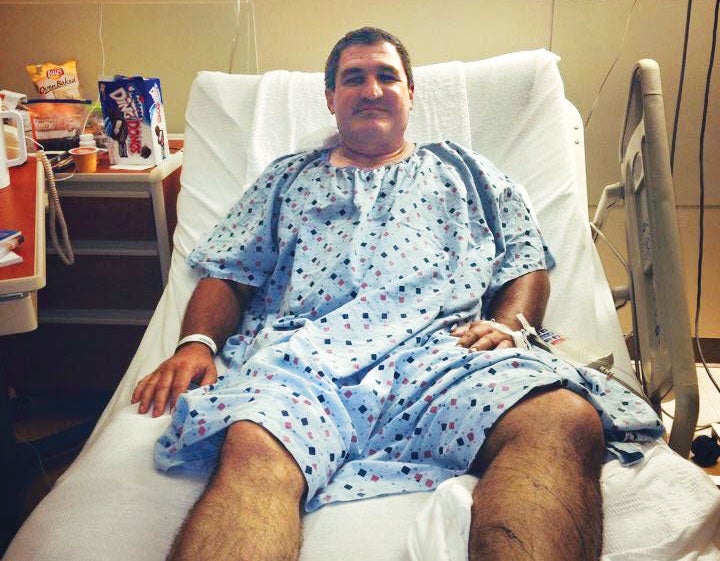 Dana Sanders was working on his food plot when he was bitten by a timber rattlesnake.. Courtesy of Dana Sanders
SHARE

On a September afternoon, Dana Sanders, 49, was bitten by a timber rattlesnake while working on his food plot in Mississippi.

Deer season was opening soon, so my dad and I were out trimming shooting lanes around a food plot. As a kid, I’d learned to always watch where I walk in the woods. But I guess I wasn’t thinking, because I stepped into some knee-high brush without looking. The strike was the most unbelievable sensation; it was just so violent. I knew right away that a timber rattler had bitten me. When I raised my leg out of the brush, blood was pouring from the wounds, and I felt the pain almost immediately. The snake was still curled up in the brush, but I didn’t worry about killing it. I hobbled out, and my dad helped me to the truck.

Our farm is 30 minutes from the hospital, and as we drove, I tried to stay calm. I called 911 and told the dispatcher, “Ma’am, I need you to notify the E.R. that I’m coming,” because as a former volunteer fireman, I knew the antivenin was kept across town and someone would need to go get it.

An ambulance met us halfway, and by that point, the pain felt as if a steamroller had run me over. Doctors ended up using 12 vials of antivenin and had to remove two 2-inch holes of rotted tissue from my leg. I hope other hunters can learn from my experience. Snake boots and chaps are cheap compared with a $420,000 hospital bill. —As told to JR Sullivan