How to Identify Whether a Bruin Is Worth Shooting

Ten ways to tell that it’s a bruin worth taking. 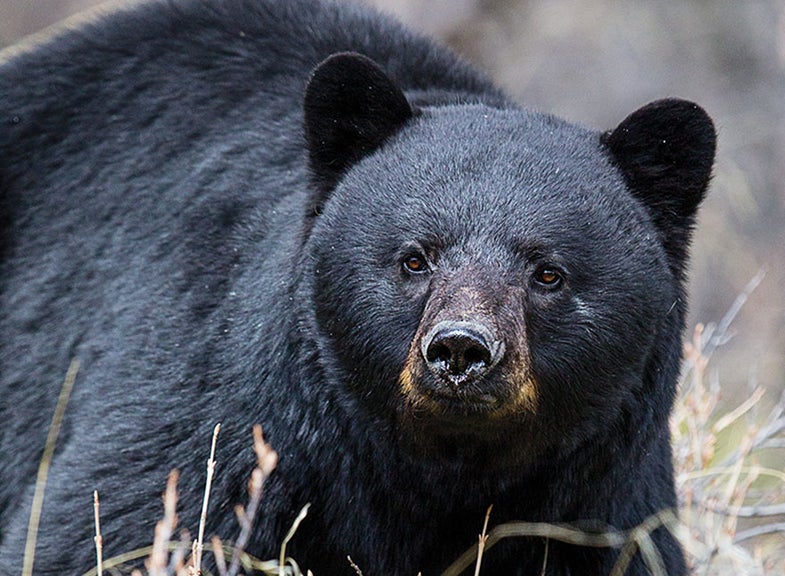 An obviously large skull signals that this Montana bear is a trophy.. Donald M. Jones
SHARE

The key to accurately field judging a bear is to study as many traits as possible. Wayne Wiebe, a legendary bear guide from British Columbia’s Vancouver Island who has guided hunters to hundreds of bears, warns not to give any one aspect too much significance: “There are lots of tricks to help you decide whether an animal is big enough to take. None of them work all the time. Use them, but don’t rely on any one thing to make your final decision.” Here’s a list.

Your initial feeling about an animal can be surprisingly accurate. But not always, so you have to be careful. Most of the time, a mature bear simply looks impressive. This is especially obvious when there’s something to judge the bear against. If a bear wanders out in a green field with no objects around, however, be wary of your first impression.

Ears that seem to stick up on the top of the bear’s head indicate a small bruin. Those that appear to grow out the side are typical of a large bear.

Old boars have blockier, thicker faces and heads than younger males and females. The overall appearance of the head, though, may look small compared with the enormous body it sits atop.

The front shoulders of a mature bear are muscular and broad, right down through the forelegs. The neck is thick and heavy and blends seamlessly into the body.

Big bears have voracious appetites, which shows in the stomach. It tends to sag down, with belly fur almost touching the ground. With a small bear, there’s substantial daylight under the belly.

Front and rear legs that appear far apart indicate a big bear. If they seem close together, it’s likely a small animal or female.

The chest and stomach areas on big boars are often so thick and deep that the legs look short. If they look long, it’s likely small or average.

Just like the oldest bucks, mature bears often act like they own the world. There’s a macho look and a swagger to their demeanor. Old bears are calm and plodding, supremely self-confident.

If you’re on a guided hunt, trust your outfitter. He likely knows more about bears than you ever will. I trusted Wiebe on my hunt and the result was a 7-foot 400-pounder. With patience, you’ll eventually come upon a bear that leaves you with no doubts. You’ll know it in your heart: _This is the one! _