Three Olympic hopefuls and a legendary coach share their insights for hitting more clays on the range and birds in the field. 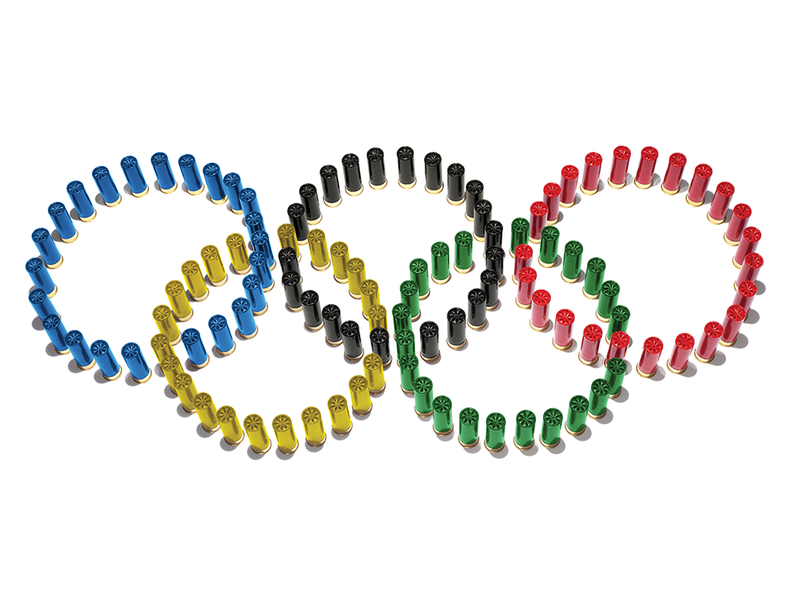 Every four years at the Olympics, America gets a glimpse of the clay-target games the rest of the world shoots. International, or bunker, trap and international skeet are revved-up versions of the ones you know. The targets are faster, the degree of difficulty higher, and hardly anyone shoots a perfect score. Although the U.S. has produced dominant Olympic shooters in Kim Rhode and Vincent Hancock, there are still very few places in this country to practice the international games. One is the Olympic Training Center in Colorado Springs, where I recently visited and met several U.S. team members and a legendary coach. What I learned from them can make you a better shot at birds or clays.

Her Story: Cheyenne Waldrop started shooting a .22 rifle at age 5, when a counselor told her parents that shooting would help Cheyenne resolve anger problems by making her calm down and focus. Her father insisted that she join her high-school trap team as a freshman in Forest Hill, Calif. “I didn’t want to. I was afraid the gun would knock me flat,” says the 5-foot 1-inch, 109-pound Waldrop. It didn’t, and now she’s on the National Junior Team.

Her Top Tip: Find your rhythm for taking second shots. Coming to the two-shot game of international trap from the single-shot game of ATA trap, Waldrop had to learn how to deal with a second target quickly following the first one. In the beginning, she just threw her second shot immediately after the initial one, wasting it. Eventually she found her rhythm. “It’s like a heartbeat,” she says. “Allowing a little pause after the first shot gives you a chance to make micro-­adjustments to make the second.”

How to Practice: At first, just visually pick out the largest piece of a single target you’ve just broken and follow it to the ground with the muzzle of your shotgun to ingrain good follow-through. After doing that several times, shoot the initial target, count a beat, and then break the biggest piece with your second shot. Finally, do the same with real doubles.

Shotgun Tip: How to Effectively Use Your Second… by FieldandStream

His Story: You could hardly call breaking both hips a lucky break, but two years in a wheelchair beginning at age 11 started Jake Wallace of Castaic, Calif., on his path to the U.S. National Team. Wallace saw trap on TV and thought it might be a good sport for someone in a wheelchair. His father bought him a $79 single-shot 20-gauge hammer gun. A few months later he broke 50 straight with it. Wallace, now 25 years old, eventually got out of the chair and into bunker trap and is one of only 10 people ever to shoot a perfect 125×125.

His Top Tip: One of the best ways to improve your shooting is to strengthen your eyes. “The eye is a muscle,” says Wallace, “and you can work it just like any other muscle.” Human eyes are good at processing incoming movement, Wallace explains, but not as good at processing the outgoing targets in trap and upland hunting, so vision training is a must.

How to Practice: The Olympic training clubhouse was full of equipment to exercise the eyes, most of it simple and inexpensive. A Brock String, for instance, is several feet long with three colored beads on it. You attach one end to a wall and hold the other to your nose, with the closest bead about 6 inches away. With both eyes open, you switch focus from bead to bead, strengthening your eyes’ ability to work together.

There were baseballs with numbers and shapes on them to be identified in flight. Other baseballs with smaller letters hung from the clubhouse ceiling. Those you swing back and forth, picking out a single letter and focusing on it. There was also a turntable with symbols on it to identify as they spin around. If old-­fashioned analog eye training bores you, there are plenty of eye-training apps you can buy, too.

His Story: A speeding baseball to the teeth and two knee injuries in football convinced Nic Moschetti, of Broomfield, Colo., to specialize in the safe sport of skeet. He originally started competitive shooting to become a better field shot, but he quickly rose through 4-H shooting sports once he got serious. An incoming college freshman, he is one of our brightest hopes for gold in 2020.

His Top Tip: Never stop perfecting your gun mount. International skeet shooters face 60-mph targets launched on a variable delay from zero to three seconds, and they must call for the targets with the butt of the gun held down so it touches their hip bone. A quick, consistent gun mount is critical to success here—just like it is in the field. “People hate walking next to me on pheasant hunts,” he says. “My move and mount is so ingrained now that I have the bird down before they can get their gun up.”

How to Practice: Use an unloaded shotgun at home, and pick a seam along the ceiling to use as your target line. Start with a low gun, stock held by your hip, muzzle at a 45-degree angle. First start moving the muzzle along the target’s path while almost simultaneously bringing the stock to your face first, not to your shoulder. Moschetti does 100 reps swinging to the left and 100 to the right each night. You should start with 10 good ones in each direction and work your way up, especially as the hunting season nears.

Shotgun Tips: How to Hit More Crossing Shots by FieldandStream

His Story: Originally from Norfolk, Va., Lloyd Woodhouse got his start coaching skeet in the Air Force in 1976. Hired in 1985 to guide the U.S. Olympic shotgun teams, Woodhouse has coached 10 medalists in six Games. Now 81, he has been training shotgunners for almost 50 years and is semiretired, but he remains a fixture at the range where U.S. shooters train.

How to Practice: Simple. Just go to the range and do what Woodhouse says. Keep the gun below the target as you practice until it becomes automatic enough that you naturally do it in the field as well. Listening to Woodhouse has worked for U.S. Olympians for decades, and it will work for you.

Hard cases are great for transporting guns but lousy for storing them because they don’t breathe, which means if you leave your gun in there for any time, you’ll find that it has turned orange when you take it out again. But not with Flambeau’s new HD gun case line, which has Zerust extruded into the case material. This vapor-based corrosion inhibitor has already proved effective in tackle boxes, so it should work in gun cases, too. The lockable cases have pressure-relief valves for air travel, and look tough enough to withstand its abuses as well. The 501⁄2-inch internal-length model goes for $240; the 42-inch case for $198 (flambeauoutdoors.com). —P.B.