Our test of modern muzzleloaders, loads, and propellants blows away some of the most commonly held beliefs about in-lines—and ­reveals what really causes bad groups, misses, and misfires. 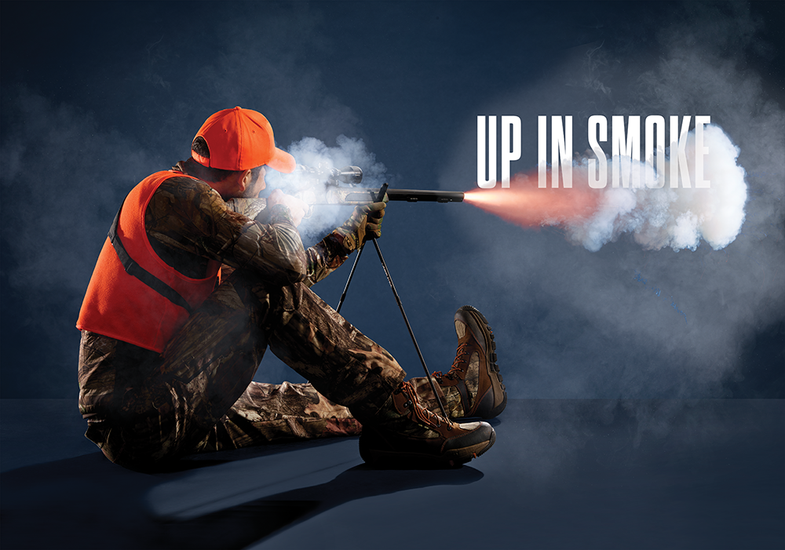 Daniel Boone, if he’d had the choice, would’ve been wise to trade old Tick-Licker for any of the in-line muzzleloaders available at Walmart. With a scope and today’s excellent bullets and powders, modern in-lines are effective on deer at 200 yards, even in the hands of a weekend warrior. Except for a few holdout areas where they’re illegal, scoped in-lines have largely replaced traditional smokepoles during muzzleloader seasons.

Yet, few of us ever shoot our muzzleloaders enough to truly learn much about them. That’s probably why so many hunters still follow a list of muzzleloading rules that may be as outdated as Tick-Licker.

Will waiting a couple of days to clean your gun after firing it really ruin the barrel? Will bringing it into a warm cabin from the cold woods usually cause a misfire? Is loose powder still more accurate than pellets? We’ve always assumed these things to be true—and that’s why some of these test results were so surprising.

Claim No. 1: Deforming a Bullet With a Ramrod Spoils Accuracy

● What’s worse: deforming a bullet by pounding the ramrod, or not tightly seating a bullet because you’re not pounding hard enough?

I also tried not fully seating some PowerBelts. Rather than tamping them into place, I simply stopped when the bullets were within 1⁄4 inch of my ramrod mark.

On the other hand, not fully seating a bullet was disastrous. Some of the PowerBelts, which had been shooting 1.5-inch groups, hit within 6 inches of the bull; others missed the target completely.

The Takeaway: To ensure that a bullet expands as designed, it needs to be as close to perfect as possible—but for it to even hit the target, it has to be fully seated. Bullets are tough. Seat them firmly.

● Should you leave your gun outside after hunting on a cold day, since rapid temperature changes cause condensation and misfires?

The Test: Fenson and I loaded two guns each (using Pyrodex pellets), stored them in chest freezers for an hour, then exposed them to summertime heat and humidity. All of the guns formed a thick layer of frost that quickly melted, leaving them dripping wet with condensation inside and out. We let the guns sit another 20 minutes or so after thawing, giving the moisture plenty of time to act on the powder.

The Results: Despite freezing, thawing, and firing four guns three times each, we didn’t get a single misfire, hangfire, or partial burn from this test. Though we didn’t measure groups here, all shots were on target, and the one I fired through a chronograph maintained its velocity.

The Takeaway: The old belief that bringing a muzzleloader from the cold woods into a warm house or truck will cause a misfire is probably overcautious—at least if you’re using an in-line, 209 primers, and Pyrodex pellets.

Claim No. 3: Loose Powder Is Better Than Pellets

● It’s not legal to use everywhere, but pelletized powder is certainly convenient and consistent. Yet, many shooters still swear that loose powder is more accurate and provides better ballistics. Is that true?

The Results: I found no appreciable accuracy difference when switching between loose powder and pellets from either gun, but loose Triple Seven provided a velocity boost of about 100 fps over the pellets. Fenson noted consistent velocities but shot slightly better average groups with loose powder.

The Takeaway: Loose powder provides some advantages. If you’re shooting a bunch in order to fine-tune a long-range load, it’s probably worth the added mess and hassle. But if you’re like most and hunting whitetails at 200 yards and in, pellets will serve you just fine—and they’re much easier to use.

Claim No. 4: Not Cleaning Your Muzzleloader Immediately Will Ruin It

● Generations of hunters have diligently cleaned their muzzleloaders within a day of shooting them to avoid ruining them. Have modern powders and metal treatments like nitride changed that?

The Results: My Optima, which is nitrided, showed no signs whatsoever of rust or pitting in the bore. There was a minor rust spot around the firing pin.

Fenson’s Tracker showed no signs of barrel rust either, but there was a small amount of rust in the flash hole of the breech plug. The Buckstalker had a small pit in the bore, and Fenson reported a significant moisture buildup on the face of the breech plug, where the fouling was heaviest. “If left much longer,” the gunsmith said, “that would’ve rusted.”

The Takeaway: You have to clean your in-line, but modern powders and nitride-treated gunmetal reduce the urgency. If you’re up late skinning a buck and don’t want another chore before bed, relax. Your gun should be fine for a few days—and longer if it’s nitrided.

Claim No. 5: Use 150 Grains of Powder—Because More Is Better

● Of course you want more power. That’s why they make magnum rifles, 31⁄2-inch shotgun shells, and muzzleloaders with a 150-grain powder capacity. Adding another 50 grains of powder should give you a big performance boost, right?

The Test: Easy enough. We took several guns and, using the same bullets, performed accuracy and velocity testing with them loaded with 100 grains of powder, and then 150. I used Triple Seven pellets and 245-grain PowerBelts out of the Accura LR and one of the Optimas. Fenson used a Vor­tek StrikerFire LDR, a Vor­tek StrikerFire, and the Buckstalker, all loaded with 250-grain Smackdown SST bullets and 100- and 150-grain Pyrodex pellet charges.

The Results: No surprise, the extra powder provided a velocity boost (362 fps on average) across the board in the 26- to 30-inch guns. Interestingly, Fenson noted that velocities became wildly inconsistent (1455 to 2025 fps) in the 24-inch Buckstalker when loaded with 150 grains of powder.
Fenson didn’t see any meaningful effect on accuracy from his guns at 50 yards, but the magnum charge made the groups open up significantly (1.4 inches larger on average) in both of my guns at 70 yards.

The Takeaway: The extra velocity gained from 150 grains of powder is a significant ballistic boost, at least from a 26-plus-inch barrel. But although all of our guns shot good groups and consistent velocities with 100 grains of powder, several of them became finicky when loaded with a full 150-grain charge. If you want the extra power, be prepared to invest in a variety of bullets and time on the range to fine-tune an accurate recipe from your particular rifle.

Claim No. 6: Hunting In the Rain With a Muzzleloader Is a Bad Idea

● If you’ve hunted much with a sidelock percussion rifle, you probably have sob stories of deer lost to rainy-day misfires. I know I do. Modern in-lines are no doubt more reliable in wet weather, but how much so?

The Test: Fenson used the Vortek StrikerFire, 250-grain Smackdown SST bullets, and Pyrodex pellets, while I used an Optima and PowerBelt bullets, and alternated between Triple Seven and Pyrodex pellets. First we simulated downpours by pouring an ounce or so of water straight down the barrels of loaded guns, then attempted to fire them. After that, we reloaded the guns and sprayed them with water hoses over and again, with and without balloons over the muzzles, before firing.

The Results: Pouring water directly into the barrel caused a couple of misfires and partial burns—not to mention some really nasty powder sludge. Spraying the guns with a water hose did nothing to affect reliability, however, with or without a balloon. I even sprayed my gun so thoroughly once that I poured water out of the barrel. It fired without issue.

The Takeaway: Like the freezer test, this one surprised us. We assumed misfires would be rampant, but hot 209 primers and sealed ignition systems make modern in-lines incredibly reliable, even in drenching conditions. Our only misfires were from pouring water directly into the barrel. If you’re hunting in the rain, a balloon over the muzzle should thwart most problems.

I used CVA muzzleloaders, including an Accura LR and three Optima V2s. Fenson used Traditions muzzleloaders, including two Vortek StrikerFire LDR Nitrides, a Vortek Striker­Fire Nitride, three Buckstalkers, and a Tracker. All guns were topped with Bushnell Trophy XLT 3–9×40 DOA 250 MZ scopes. Groups were fired from Caldwell Lead Sleds, and velocities were measured through Cald­well Ballistic Precision G2 chronographs. ­Accuracy figures printed are the average of three three-​shot groups per gun at 50 to 70 yards. We used a variety of bullets and powders, but to compare accuracy averages ­between guns in specific tests, loads were identical unless indicated otherwise. —W.B.

Will Brantley is F&S’s hunting editor from Murray, Ky. He’s been shooting muzzleloaders—and hunting game large and small with them—for 24 years. In fact, he killed his first deer ever with an open-sighted percussion rifle and patched round ball.

Brad Fenson is a longtime F&S contributor from Ardrossan, Alberta, Canada. Fenson has been hunting with muzzleloaders for decades and has taken everything from deer and elk to moose, musk ox, and Dall sheep with his favorite smokepoles.