A truly mature whitetail is practically a different animal, and you need to hunt differently to tag one. Here’s how 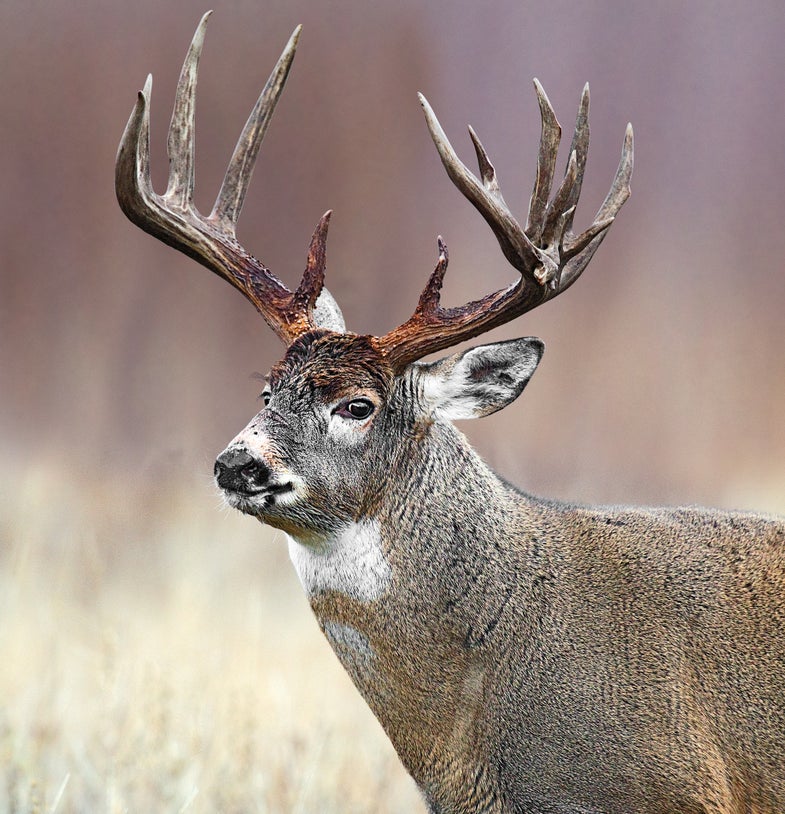 Once a buck reaches the age of 4, he crosses a point where he seems to evolve into a whole other animal than naïve young whitetails. He becomes extra cautious, wary, and reclusive. In short: a survivor.

And he becomes extremely difficult to hunt.

Part of the reason is that most of us use tactics developed for average bucks from 1 to 3 years old. If you want to tag that elusive buck with the Roman nose, deep chest, and 5-inch bases this fall, you need to forget everything you know about hunting those younger bucks and shift your focus to new strategies tailored toward the following differences.

 Mature bucks are the first to scrape and rub. Biologists Karl Miller and John Ozoga have verified with telemetry studies that older animals make both the earliest scrapes and the earliest rubs.

Tactic: Concentrate on areas where you’ve pinpointed the year’s first cleared pawings and shredded trees. When the wind is perfect, set up an ambush near them or use the sign to decipher bucks’ afternoon bed-to-feed travel patterns.

 They use remote core bedding areas. Big bucks use rougher, nastier, thicker ­areas for bedding cover and will hole up farther from feed than youngsters. The only exception is when the rut kicks in. When that happens, they’ll abandon those thorn-infested hellholes to shadow does.

Tactic: Ignore smaller buck impressions in soft, easy-living areas, and hike in farther to find the gnarliest, most remote thicket in the woods.

 They use unlikely hideouts. Most mature bucks establish core areas far from human pressure, but others select unlikely hangouts that get overlooked—a patch of high weeds in an open field where it’s too rough or rocky for a farmer to plow, for example, or a small cluster of conifers overgrown with briers and shrubs. Even a 1-acre patch of brush along a farmer’s driveway or a tiny cattail marsh could hold a reclusive buck.

Tactic: Scour satellite images and topos, and then scout on foot to locate areas you might have overlooked. Check for sign and use trail cameras near potential exits.

 They use shadow trails. Does and young bucks wear down major trails. Big bucks will follow these at times, but often they’ll warily shadow the main routes off to the side by 25 to 75 yards.

 They move at midday. This is especially true during the rut, when radio­telemetry studies show strong movement between 10 a.m. and 2 p.m. Does are often bedded then, making them easier for bucks to locate.

Tactic: Sleep in so you can hunt these midday hours, or stay out dawn to dark and don’t head to camp for a siesta.

 They don’t chase does early. The earliest chasing is typically done by young deer, but they don’t know which does are ready. Older bucks conserve their energy and monitor does’ readiness by scent-checking and watching.

Tactic: Watch for young bucks chasing to signal that the rut is near. Hunt thick bordering cover downwind of fields and doe bedding areas where mature bucks will wait to make their move.

 They avoid funnels. In areas with heavy hunting pressure, older bucks may avoid natural or man-made funnels if possible, even if it means taking a rougher, longer, more arduous route.

Tactic: Search for alternate routes a mature buck might take to avoid walking through a narrow area that makes him feel as though he’s walking into a trap.