Rumble in the Jungle

The truth about giardia-- and how to avoid it. 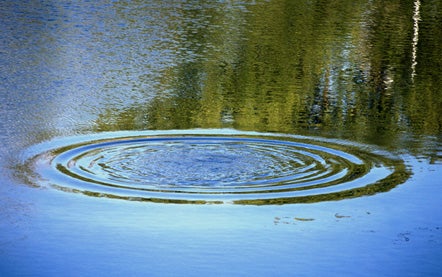 Ned Rozell knew he had a problem when his chocolate Lab, Jane, began barking at the raucous noises coming from his stomach. It was this, and the fact that he’d been forced to set up camp in his Fairbanks outhouse. A week earlier, while canoeing bags of moose meat upstream, Rozell had unconsciously licked his lips every time spray from the Yukon River tributary hit him in the face. This lapse in judgment, evidently, was all it took for the miracle of microbial life to come full circle: from human droppings to water to muskrat mouths and intestines and then around again to humans.

“I brought back more than moose burgers on that hunting trip,” recalls Rozell, a 40-year-old hunter and science writer at the University of Alaska’s Geophysical Institute. “I’m always extremely careful about treating my drinking water in the wilderness. But despite my best precautions, I came back to town with an intestinal bug known commonly as giardia.”

Giardiasis is known even more commonly as “beaver fever,” a sobriquet that seldom fails to provoke titters, at least in the uninfected. Rhyming and ribaldry aside, beaver fever is misleading in more ways than the obvious.

Unlike relatively simple agents like bacteria or viruses that cause diseases, Giardia lamblia is a protozoan. These complex, single-cell organisms tend to lead complex life cycles, and_ G. lamblia_ is no exception. Its durable form is called a cyst-a sturdy little packet of quasi-dormant life force that can survive for months while awaiting ingestion by a host. Once swallowed by anything from a moose hunter to a muskrat, the cyst makes its way passively to the stomach, where strong acids allow it to “ex-cyst,” that is, hatch.

The resulting critter, called a trophozoite, sports a spermlike tail that allows it to wiggle over to the lining of the intestinal tract, whereupon it attaches itself by suction cups and begins to replicate thousands of times over. As the trophozoites proliferate wildly, they eventually blanket the intestinal mucosa, creating a physical barrier of sorts that may impede absorption of foods. Other theories for how trophozoites trigger nasty symptoms include the possible breakdown of bile acids, inflammation of the lining of the intestines, and inadvertent encouragement of other naturally occurring bacteria and fungi to overgrow the lower gut.

Tainted Waters
Beavers, it turns out, are not even the most common of wild animal hosts for G. lamblia. Muskrats and ungulates are probably more likely than beavers to defecate cysts into “pristine” watersheds.

But when it comes to truly profligate cyst shedding, we humans are the kings. A single milligram of a victim’s feces can contain up to 300 million cysts. Studies have shown that swallowing as few as 10 of these can cause infection in a third of people; swallowing 50 or more will infect virtually anyone. Little wonder that “human fever” (the term preferred by the Beaver Anti-Defamation League) is the biggest waterborne bugaboo of outdoorsmen everywhere.

“For backcountry users in North America, giardiasis is the most common wilderness-acquired infection causing diarrhea,” says Dr. Howard Backer, who has a master’s in public health and is past president of the Wilderness Medical Society. “Giardia is especially common in the Rocky Mountains because of human activity in the watershed.” The exact nature of said activity, he explains, is letting human excrement make its way, directly or indirectly, into drinking water.

Medical Treatment
If you do end up getting infected despite taking the right precautions (see sidebar), don’t despair. For one thing, you’re by no means guaranteed to develop symptoms (though asymptomatic patients can infect others). Moreover, even those whose intestines turn riotous will_ probably_ recover on their own without specific treatment.

Thee problem here, however, is that this usually takes three to 10 weeks-considerably longer in some cases. Because of this long duration, as well as the ongoing risk of transmission to others, it makes sense to see your doctor if you suspect a problem. Make sure to let him or her know about your wilderness experience; otherwise it’s easy to misdiagnose symptoms from giardia for other conditions, such as stomach ulcer or gall bladder problems.

The good news for giardia sufferers is that a number of drugs, including the so-called nitroimidazoles (Flagyl is a common medicine in this category), are effective at rapidly putting the kibosh on most cases. Ned Rozell, for example, says it took him only two days on Flagyl before his dog Jane stopped barking at his raucous guts. As effective as treatment proved for him, he says, in retrospect he plans to redouble his efforts to avoid the problem on future treks. Along these lines, he has a new recommendation specifically for fellow moose meat ferriers: “If river spray hits you in the face, heed these words of advice, also handy in other life situations-keep your mouth shut.”