Fuel for the Trail

The right food can help you fill your tag. 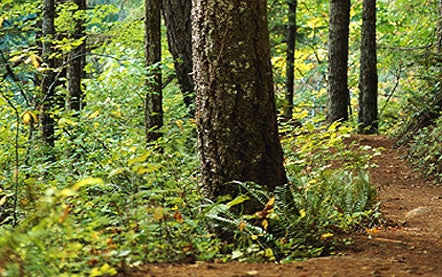 It’s the time of year when hunters sit down in diners at 4 a.m., hoping that by nightfall they’ll have something more substantial than a stack of flapjacks to stick a fork into. Few understand that what they eat for breakfast may play as big a part in their hunting success as their rifles. Because proper nutrition varies depending on what you’re doing-an elk tracker places different demands on his body than a whitetail hunter who shivers on stand-it’s important to understand how three main types of foods stoke the body’s engine. The following is a general guideline for the diet of an active hunter:

CARBOHYDRATES **
**Portion of Diet:_ 55% to 60%_
Includes: whole-grain breads, potatoes, pasta, rice, fruits, vegetables, some energy bars
By releasing sugar into the bloodstream at an even rate, complex carbohydrates provide the sustained release of energy necessary for endurance. If you hunt high escarpments looking for mule deer or tramp through Eastern hardwood forests for ruffed grouse, choose a breakfast of bagels or hot cereal instead of pancakes with syrup, and snack on energy bars, sandwiches, and fruits.

PROTEINS **
**Portion of Diet: 10% to 15% _ Includes: _meat, fish, shellfish, eggs, beans, lentils, cheeses
The amino acids produced when proteins break down during digestion are crucial for building and repairing muscle. That’s enough reason for hunters to load up on bacon and eggs, right? Wrong. Foods high in protein do not provide the sustained release of sugars into the bloodstream needed to keep your muscles moving you over the hills. Also, because digestion slows under exertion, a heavy meal of meats or cheeses sits in the stomach like a cannonball in the belly of a canoe, with much the same effect on forward momentum. Eat proteins in moderation-an egg at breakfast, a couple of slices of cheddar along the trail, or a small venison steak at dinner.

FATS ** **Portion of Diet: 25% to 30%
Includes: oils, margarine, butter, whole milk, cheeses, animal fats (meat, salami, sausages, fatty fish), nuts, peanut butter
Because fats warm the body during digestion, they are particularly recommended for waterfowl and deer hunters who must endure hours in a frigid blind or on stand. Because they release energy into the bloodstream more slowly than carbohydrates (over three to four hours instead of one to two), eating fats at dinner ensures that your body will continue to produce heat during the night, no small matter when it’s snowing outside your tent.