How to make your own forecast. 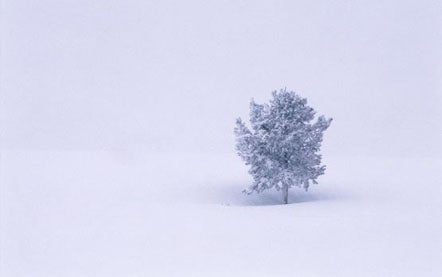 I used to hunt elk with a cowboy named Ettinger who’d had his skull kicked in by a rodeo bronc. He could tell when it was about to snow because the decreasing atmospheric pressure caused the gases in his head to expand, which pressed against the metal plate in his skull and gave him a headache. Most of us (luckily) don’t have anything like this to rely on. Instead, we adjust a radio dial or click a mouse. But if we pay attention to nature’s forecasters-clouds, stars, and barometric pressure-we may be rewarded with information that’s more accurate.

Reading the sky Speaking broadly, the higher the cloud cover, the better the weather. Start worrying when clouds combine and the sky turns milky. Mare’s tails that resemble apostrophes and mar an otherwise clear sky precede precipitation by up to 15 hours, giving, say, an observant antelope hunter enough time to get out of the badlands before rain turns the dirt roads into gumbo. A “mackerel sky” of overlapping altocumulus clouds is also a reliable long-range forecaster of souring weather. (To learn more about what cloud formations herald, see Sportsman’s Notebook, February 2004.)

Halos around the sun or moon are caused by ice crystals refracting light; they often presage an approaching warm front. Precipitation may not follow, but the brighter the circle, the greater the likelihood, hence the proverb-“Halo around sun or moon, rain or snow soon.” A red moon caused by dust pushed by a low-pressure front also portends rain.

Pressure Points Barometric pressure is another key to predicting weather. My friend Ettinger’s headaches were a result of the same principle that causes swamps to stink more before rain-as pressure drops, the methane trapped on the bottom releases in greater quantities. Sounds such as birdcalls or the ringing of an axe also become sharper prior to stormy weather, as low-lying dense air causes sound waves to bend back toward the earth. And campfire smoke stays low.

Conversely, high pressure dissipates scents and sounds and allows smoke to rise. With high pressure, dust particles suspend at higher altitudes, turning the moon and sky hazy. When the next low-pressure system advances, those particles fall toward the ground, and the moon and the mountains loom large and clear. Will knowing about mare’s tails and moon halos help you fill a deer tag or coax a trout to open its mouth? Maybe not. But by paying attention, you will have traveled closer to the heartbeat of nature, which is hunting and fishing’s truest reward.