Trapped on a Cliff 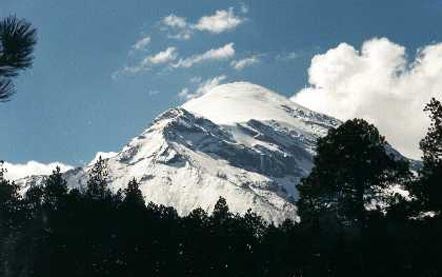 It seems as if every river in the mountains is fed by at least one Hellroaring Creek. None is more deserving of the name, however, than the torrent of water that drains the alpine basins of Montana’s Beartooth Range. It’s a land of rocky crags, soaring cliffs, and random ridges of pine, where mountain goats are king and wise hunters tread carefully. On a September morning in 2001, Ross Winfrey of Livingston, Montana, and his uncle were hunting this drainage when they spotted some goats from the crest of a ridge. White against the cliffs, the goats were up another precipitous mountainside, across a valley. Winfrey and his uncle decided to go after them.

The hunters descended the ridge they were on, but it was steeper than it appeared, as was the opposite ascent, where their progress was abruptly halted by a rock cliff. Suddenly the two realized how unprepared they were. They had planned to be gone a few hours and wore jeans and long-sleeved shirts, and carried only matches, water purification tablets, and a short rope for survival gear. They didn’t have a compass. Turning around, the hunters barely had time to work their way back down into the valley before nightfall, where they collected logs to build a shelter and sit out the night.

“We weren’t really worried at that point,” Winfrey remembers.

The next day-after a long climb back up what they thought was the ridge from which they had spotted the goats-the “fear and panic” set in. Nothing looked familiar. The uncle grew tired, so Winfrey helped haul him up steeper slopes with the rope. Far below them spread another valley, and they decided to head there. Partway down the side of the mountain stood two goats, one of which his uncle shot. Lashing the head, cape, and quarters to pack frames, they continued to descend, down a ravine where once again they found themselves brought up short by cliffs. Too exhausted to carry heavy packs any farther, the hunters reluctantly left the goat quarters in the ravine and made their way back up.

From a higher vantage, Winfrey spotted an outfitter’s camp in another part of the valley. Though it was growing dark, they decided to aim for it. But they hadn’t gone far before the country closed in, with dangerous drops in several directions. Huddling together on a steep ledge, they tried to sit out the night. “We were afraid that if we fell asleep, we’d roll down the cliffs,” Winfrey says. For several hours they shivered and kept their balance, then inexplicably decided to try to descend. “We were miserable and weren’t really getting any rest. I wasn’t thinking too logically by then.”

Helping his uncle traverse a series of cliff faces and scree slopes by holding the upper end of the rope, Winfrey would then climb down himself, aided by the beam of his uncle’s flashlight. At dawn they reached the head of the valley, which they planned to follow down to the camp. That’s when the search helicopter found them. The outfitter had spotted their flashlight during the night and called for help from a satellite phone.

Before boarding the chopper, Winfrey turned around to look at the tortuous terrain they had descended. Instead of heading in the direction of their truck, they had been climbing deeper into wilderness. I can’t believe we’re still alive, he remembers thinking as they lifted off.

**The Analysis **
The mistakes Winfrey made-not being prepared to spend several nights outdoors or to navigate in the mountains-are ones we can all admit to. The lesson to take from his experience is that the consequences of being unprepared are far more serious in rugged mountain terrain than they are elsewhere.

Joe Gunter, a former president of the Gallatin County (Montana) Sheriff’s Posse, says that many of the hunters he’s rescued from the mountains had two things in common: unfamiliarity with the country, and fatigue. “When you’re tired, you make mistakes,,” he points out.

Winfrey acknowledges that fatigue played a part in the decision to climb down through the cliffs at night. Also, had he studied the identifying characteristics of the ridge he initially climbed, he wouldn’t have taken the wrong route on the climb back. To Winfrey’s credit, he had left word of his whereabouts, which led to the initial helicopter search. The times he wisely decided not to risk a perilous climb and descent might well have saved their lives. The Rules
“Murphy’s Law is alive and well, especially in the wilderness,” says Lt. Mike Tuttle, the president of the National Association for Search and Rescue. Expect the unanticipated event that stretches a two-hour hunt into a two-day ordeal.

( 1 ) **Buy a roomy daypack for extra clothes, food, and basic survival gear, and always take it with you. **( 2 ) **Practice a worst-case scenario: Make yourself spend a cold night without much gear. It won’t be comfortable, but as Tuttle points out, it’s a great confidence builder. Plus you’ll discover if your gear is adequate. **( 3 ) If you come to a rocky impasse in the mountains, it’s always safer to go back the way you came, no matter how daunting that may seem. ( 4 ) If you have done your part by leaving a note detailing where and when you will be hunting, most search-and-rescue teams will find you within 24 hours of the start of their search.