Don’t Wait For November To Kill a Rutting Buck

Photograph courtesy of Larry Smith/Flickr Last fall, my father and I ignored the calendar that told us we were in... 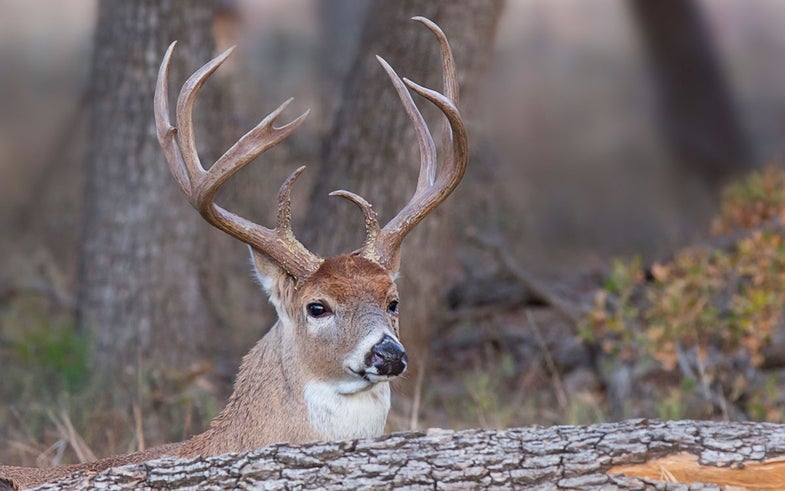 Last fall, my father and I ignored the calendar that told us we were in the “October lull” and headed out to hunt a local farm. That evening—with our stands only about 400 yards apart—I watched a pair of giant bucks working a field of does just out of range, and my dad missed a chip shot at a P&Y 8-pointer. It was October 11, but we enjoyed November-like buck action.

Some time ago, I might have called this a freak occurrence. Although research suggests that some does come into estrus about a month prior to the peak rut, I—like many hunters—assumed this was too scattered to be of much significance. But I started to change my mind three years ago when a taxidermist buddy called to tell me about a customer’s 150-class buck shot on October 10. The next fall, hunters brought three giant whitetails to his shop, all killed within four days of that same date. Those bucks had all been either chasing does or responding to rattling or calling. Along with similar anecdotes from other hunters, this convinced my father and me to hunt in early October last year. And we weren’t disappointed.

Of course, early breeding activity won’t compare to the rutting peak, but it’s definitely worth exploiting, especially since mature bucks seem to be the most active participants. It makes sense that these deer, which have the most breeding experience, are the ones competing for a small number of early estrous does.

To take advantage, start with the onset of the peak rut in your area, and count backward 28 days. (If you don’t know the timing, call your regional game agency and ask a biologist.) For most hunters, this will be somewhere around the first or second week of October—right in the middle of the month’s so-called “lull.” Plan to hunt during the three- or four-day period surrounding that date. While a lot of other guys sit at home assuming the hunting is too slow to bother with, you may get your shot at a monster. Hopefully, you’ll shoot a little straighter than my dad did.