Here is your first official permission slip for a day off from work. Show it to your boss as a de facto doctor’s note. 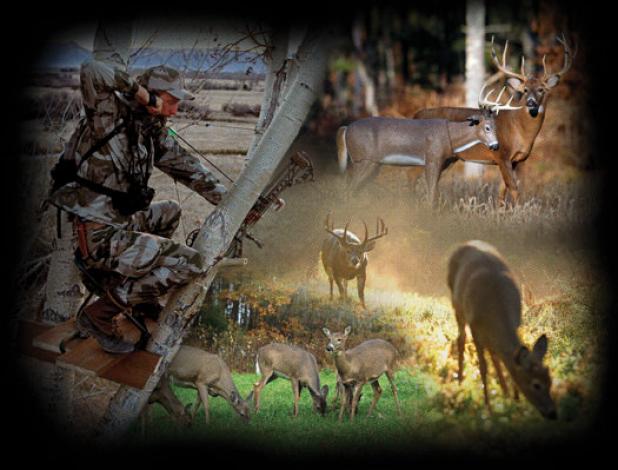 Here is your first official permission slip for a day off from work. Show it to your boss as a de facto doctor’s note. With any luck he is a deer hunter and understands the variety of ailments that befall us all come November.

So why is today so great? We’re at an important cusp right now: the tail end of the rut’s seeking phase, where bucks are on the prowl for that first hot doe, and the onset of the chase phase, where a few of the does have “popped” and put enough pheromones in the air to make bucks punch-drunk on love.

For the next few days, the only bucks that won’t be on their feet are those that (a) have been killed by early-season hunters; (b) have been killed by vehicles; or (c) don’t participate in the rut. Also, the moon will be visible in the afternoon sky today, a further catalyst for daytime deer movement. Does will be feeding early, bucks will be there to badger them, and we will be waiting to snap the trap.

But you and I won’t be waiting around for an afternoon hunt. We have a full day off and we’re going to maximize every minute of woods time. The morning hunt plan will be simple. Previous hunts and scouting time will have revealed one if not several doe bedding areas just off a prime food source. You’ve already set a stand on a junction of trails that feed such a bedding area, and you know this morning’s wind is right for that spot. So your mission is this: Sneak into this stand and be ready at least a half hour before daybreak. Your buck could be following a doe to you at first light, or he could come in solo at midmorning, looking to bump a doe from her bed. You need to be waiting, alert and ready, until as close to noon as you can stand.

If you’re not lucky on the morning stint, that rising moon means you must be in a stand near a food source by early afternoon. So run to the truck, grab a sandwich, and hustle back out there. The first does will arrive about two hours before sunset, and you need time to set out a decoy and settle in before things heat up. A buck deke is the ticket now; you don’t want feeding, non-estrous does messing with a doe decoy and spoiling your setup. When a buck enters the field, he’ll run at every doe he sees, and most of them will run from him. When the field is empty of every deer except your fake, your decoy takes control of the game.