If you didn’t cash in that get-out-of-work pass on Friday, do it today–or extend it to give yourself a four-day... 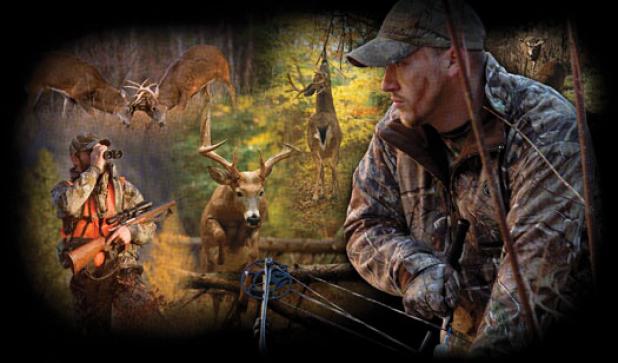 If you didn’t cash in that get-out-of-work pass on Friday, do it today–or extend it to give yourself a four-day weekend to fill your tag with a tank whitetail.

The chase phase is a period of frenetic activity for whitetail bucks, and today will be especially busy. Local bucks will be in a lather from the first does that have entered estrus. They have smelled the scent of a hot female in the air and might have pursued or even fought for her. Those on the losing end of such a skirmish are not content to skulk about. Instead, they turn into heat-seeking missiles, intent on finding the next doe with an open dance card.

One key to hunting this phase of the rut is knowing the locations of several doe bedding areas and the cover connecting them. Bucks are covering serious ground now, and you need to anticipate how they’ll navigate in their search for does. Thankfully, bucks are limiting most of these recon missions to bedding areas within their home range, so that monster you know is in your area is still there, but he’s moving widely. Place your morning stand along a major funnel–a creekbottom, a brushy fencerow, or the intersection of several ridge ends–that a buck will follow as he makes a milk run of as many bedding spots as he can. If you’re a still-hunter, slip along the downwind edge of these funnels. Don’t just look for deer–listen for the sounds of a cruising buck in the distance.

A common affliction hunters share as the rut heats up is focusing solely on bucks. Never forget that does are running this show. If you don’t know where does are and what they’re doing, the chase phase will take on an unintended meaning: You will be chasing bucks, and will almost certainly remain behind them. So this afternoon, if you’ve watched a funnel or still-hunted a travel route with no luck, get to a small, protected food source favored by does: a little patch of oaks, a micro food plot, a cluster of apple trees. As the chase phase unfolds, non-estrous does will get so skittish they won’t dare to poke their heads into a large field unless they want to be on the receiving end of a chase. But right now, they’ll feed happily in a small covert–a whitetail’s version of a corner grocery store–where they don’t attract as much attention. But bucks know these areas too, and that big guy you’ve been dreaming of may appear at any time to see who’s there.