How an Idaho Shed Hunter Survived a 200-Foot Mountainside Fall

A shed hunter takes a near deadly shortcut. 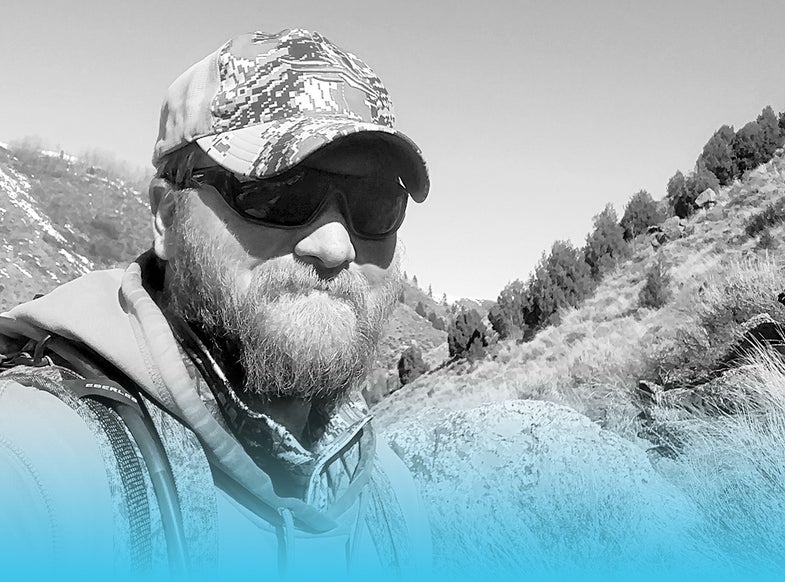 In March, Gary Fitzgerald Jr., 30, was shed hunting in Idaho when he fell 200 feet down an icy slope.

That afternoon, after I made it to the top of the mountain, I trekked down the south face and poked around for a while, looking for sheds. But then, rather than hike back the way I’d come, I decided to take a shortcut. I was getting good footholds at first, but as I kept on, walking got a lot harder, since the slope was so steep. At one point, I kicked a foot into the ice and thought I had a good hold, but when I put my weight on it, everything just crumbled beneath me.

I couldn’t stop myself—I was sliding straight toward these vertical drops near the bottom of this gorge. I tried to grab a bush but couldn’t. After sliding a good ways, though, I finally dug in my heels, arched my back, and managed to slow down.

When I came to a stop, I tried to stand, but my left leg buckled beneath me—that’s when I knew I was in trouble. I crawled to some bushes, which kept me from slipping down any farther. Luckily, I had cell service, so I called for help. In the Marines, I’d learned never to think, This is my time; I’m going to die. So as I waited for rescuers, I tried to stay calm. With bark and with alcohol swabs from my first-aid kit, I made a fire bundle, and I put an emergency blanket between me and the snow to stay dry.

When the rescue helicopter arrived, I’d already been out there for hours, and by the time they finally got me down, around 9 p.m., I was hypothermic and shaking uncontrollably. I never would’ve thought anything like that could’ve happened on a shed hunt. I was lucky to have some gear in my bag, but now I won’t leave the house without everything I would need to survive. —As told to JR Sullivan