Programs that keep kids in the field 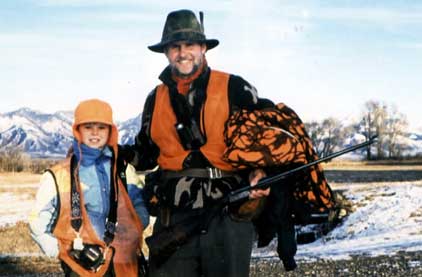 Congratulations, your child has passed hunter education and has a solid grounding in safety and ethics. Now what? There’s so much more to learn, and the next steps are critical; as many as one-third of those who finish the class don’t hunt the next year. If your young charge is all cammied up with no place to go, check out these state and private programs. -Philip Bourjaily

[BRACKET “Youth Hunts:”]
Get them hooked on hunting at its best
In my home state of Iowa, kids used to start deer hunting by tagging along with the adults in the cold of the December shotgun season, traditionally a party-hunting, lead-slinging free-for-all. Now, Iowa holds a youth season in late September. The success rate runs near 50 percent, and hunter-satisfaction rates are even higher. Youth hunts are held across the country and let kids take center stage in a calm, controlled environment, and they’re all about having fun. Besides special statewide seasons for a variety of game open to kids accompanied by unarmed adults, there are also limited-draw youth hunts on selected wildlife management areas. Contact your state’s Department of Natural Resources for options (fieldandstream.com/dnrsites).

[BRACKET “Competitive Shooting:”]
Set their sights on trophies
Sparking an interest in marksmanship is generally not hard to do. The challenge is to maintain it over time. Competitions like these can do the trick:

[BRACKET “Summer Camps:”]
Where kids become outdoorsmen
They exist for music, debate, weight loss, and golf-why not hunting? Many fish and game departments sponsor camps in conjunction with state chapters of the National Wildlife Federation, and a number of hunters’ groups hold their own. Here are soome of the best: