Return of the Wolf

Will the alpha predator change your hunting? 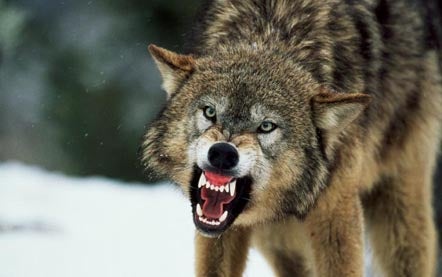 Last summer, Montana, Wyoming, and Idaho released their plans to manage wolves in the Northern Rockies-the final step toward taking them off the endangered species list. The proposals are now under peer review, but delisting could occur as early as this year. Yet in a way the paperwork is about as relevant as surrender terms brought out of the Philippine jungles by some aged Imperial Japanese soldier who doesn’t know the war is over. Plainly speaking, the wolves have already won.

By the U.S. Fish and Wildlife Service’s last count in 2003, the Northern Rockies contained 747 wolves, including 46 breeding pairs. The population was growing at a 12 percent clip, a decrease from previous rates. Ed Bangs, the USFWS northwestern wolf recovery coordinator, believes that all the most suitable wolf habitat-free from conflicts with humans-has wolves. Yellowstone has the “highest density of wolves in the world,” reports the_ New York Times_. Bangs estimates that their numbers will top out at 1,000; but that does not mean there will be 1,000 wolves in Yellowstone and none anywhere else.

Homes on the Range
Wolves, which had kept a toehold in the Upper Midwest (especially northern Minnesota), continue to recover and today number in the thousands there. According to the San Francisco Chronicle, Defenders of Wildlife petitioned the federal government in 2002 to designate 16 million acres of forest and parks in southern Oregon and northern California as suitable habitat for up to 500 wolves. The animals, it seems, can lope farther than 500 miles in search of new homes. (The first wolf tracks in probably 70 years have appeared in Wyoming’s Bighorn Mountains, hundreds of miles from Yellowstone, but only tens from my home.) Meanwhile, the government is continuing introduction elsewhere. Mexican gray wolves were let go in the Apache and Gila National Forests of Arizona and New Mexico in 1998. In an article in the New York Times, Douglas W. Smith, chief of the Yellowstone Wolf Project, claimed that the next places “on the table” for wolves are the Adirondacks, Southern Rockies, Washington state’s Olympic Peninsula, and (most likely of all) northern Maine. Wherever wolves may come to be released in the future, however, in the Northern Rockies they are a fait accompli.

Dire Predictions
What will this mean for hunters in the region, and elsewhere? In perfect candor, nobody knows for sure, or as Bangs puts it, “We all make better historians than prophets.” Still, there is no lack of dire predictions about the impact wolves will have on wildlife. Assorted ranching interests and sportsmen’s associations envision that without strenuous control efforts, there will be 5,700 wolves by 2010; and each one will kill 100 elk per year, plunging calf-to-cow ratios to zero. Inevitably, the doomsayers maintain, game will be wiped out. They also claim that environmentalists, with the support of the USFWS, will never allow wolves to be hunted, and the ultimate motive is for the wolf to become the principal instrument of big-game management, eliminating any need for licensed hunters and hunting. Is there any basis for these alarming assertions? Without question, those who want to do away with hunting are legion, but very few of the antis seem to be directly associated with wolf restoration (everyone actively involved accepts as a given that wolves will need to be killed, some by hunters). As for the remaining claims, most should properly come under the heading of woods lore, or even tall tales, rather than solid scientific study (see sidebar). Bangs says, “If wolves were going to wipe out the elk, they would have done it 10,000 years ago-why wait till now?”

**Hunting and the Wolf **
What wolves will do, for certain, is change things. As of now, states are widely using winter cow-elk hunts to bring down populations that are “over objective.” Wolves will probably reduce the need for these hunts. Game managers are seeing low calf-to-cow ratios in wolf areas, but for various reasons. In one part of Idaho, “right in the middle of wolf-pack activity,” according to a state wildlife biologist, calf-to-cow ratios have increased to 36 per 100. Wolves can carry rabies, but could they also act as a control on diseased ungulates, such as those with chronic wasting disease? They are going to make life very hard for coyotes, which could help lots of ground-nesting birds. Their presence will move big game around to different areas; and each year at least 75 percent of hunters (in Idaho) won’t get an elk, just as 75 percent don’t get an elk currently. In his influential and well-researched book, The Wolf Almanac, naturalist Robert H. Busch writes, “Wolf predation can accelerate prey declines caused by other factors [BRACKET “lack of feed or hard winters are two”]¿¿¿and can delay the recovery of prey numbers.” In other words, wolves need to be managed. And to keep wolf numbers down, Busch continues, “wolf kills would have to be continued for years.” Hunters shouldn’t mind that part at all.

This shows why it is imperative for the states to get their plans approved, put the wolf on the regular list of game animals, establish seasons and bag limits, and take reasonable steps to address the concerns of livestock growers. (The Rocky Mountain Elk Foundation, for one, seems to grasp this and has urged President Bush to aid delisting.) The sooner wolves come off the endangered list, the sooner we get to hunt them. I look forward to the likelihood of a wolf hunt only miles from my house, and I wager that more than a few other hunters would, too. And there will be another important benefit: the knowledge that with the wolf present, the other game will be worth more.

In the mid-1940s, Aldo Leopold, the father of game management, was one of the first to call for wolf restoration in Yellowstone Park. Years earlier as a young man, Leopold shot a she-wolf in Arizona Territory, as was done without hesitation in those days. Upon reaching her-described in the most famous scene of his posthumously published book, A Sand County Almanac-he witnessed a “fierce green fire dying” in her eyes. The sight began to transform Leopold into a conservationist who recognized the relatedness of all components of the wild. The wolf, Leopold saw, was as important as the deer he thought he was assisting by killing the wolf. He learned, he said, to “think like a mountain” after that. Leopold the hunter wrote that the “unit value of the trophy” should not be lowered any longer by our “artificializing it,” as we have been doing during all the years we have kept the wolf at bay.