One of the most useful presentations in the fly angler's repertoire is the reach cast. Here's how to get a drag-free drift every time. 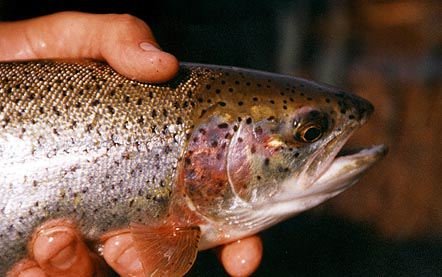 One of the most useful presentations in the fly angler’s repertoire is the reach cast. The two variations below deliver the line across the stream at an angle; the portion in the fastest current is placed farthest upstream, buying it some additional “free-float” time and delaying drag on the fly.

The upstream reach The target is in a slow flow across from you, beyond a band of faster current. Make a conventional overhead cast. On the forward stroke, as your rod reaches the 11 o’clock position, shift the direction of motion 90 degrees, swinging the tip upstream through a big quarter-circle. As you do so, reach the rod as far upriver as you can, ending with it held parallel to the water. The line now forms an angle, from the rod tip upstream and then across and down to the target.

The downstream reach To cast across a slower current to reach a faster one, simply swing the rod in the opposite direction and reach downstream. -Ted Leeson

Tips
1.) Work out enough line to extend beyond the target. The angle of this cast effectively shortens its range, and overshooting the mark compensates.
2.)End your forward delivery with a high rod tip for maximum upstream reach.
3.) As your rod reaches the 11 o’clock position, swing the tip in a quarter-circle upstream.