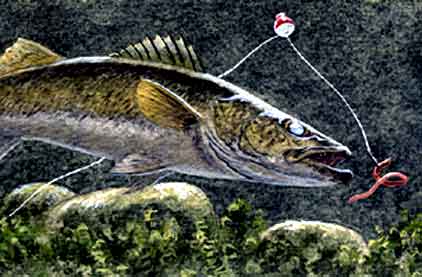 Train Your Dog to “Give”
A retriever takes pride in carrying a bird, so don’t rush to grab it away. Instead, command him to heel and have him walk at your side. Let him enjoy his accomplishment for a while. Praise the dog, then tell him to sit, and gently take the bird from his mouth. Dogs soon form the habit of holding the bird until you want it if you don’t snatch it away.

Catch More Tournament-Size Bass
Competition anglers commonly release their best fish right after a tournament’s weigh-in. And for a week or so after one of these events, many of the largest bass in a lake will be concentrated by the release site. Expect to find them schooled near the closest structure (such as a gentle dropoff) to the competition’s weigh-in area, feeding on baitfish.

Track Game Through Leaf Litter
Big-game tracks on leaf-covered ground are tough to see from a standing position. If you lose an animal’s trail, crouch down to get your eyes close to the ground. Look for a series of disturbances in the fallen leaves in the direction the track was last headed. Sight this path as far as possible, then walk to the point where it disappears and take another low-angle view.

Injure Fewer Bass
It’s fun to see bass inhale topwater lures. But because most are built on offset hooks, which catch easily in the gills or gullet, you’ll mortally wound many fish when you’re using these baits. Try bending the hook in with pliers until the point lines up with the eye. Your lure will now slide out of the fish’s throat and snag instead on the hard edge of its lip.

Show More Fish Your Bait
Instead of simply dropping your bait to the bottom, try suspending it by a couple of inches. You’ll catch more fish. To do so, attach your sinker 3 feet above your hook. Then clip a small bobber to the line 12 inches from the hook. Fish can see a floating bait more easily, and the semislack leader allows them to take it without feeling resistance from the weight.