You never forget an outfitter who wears lipstick 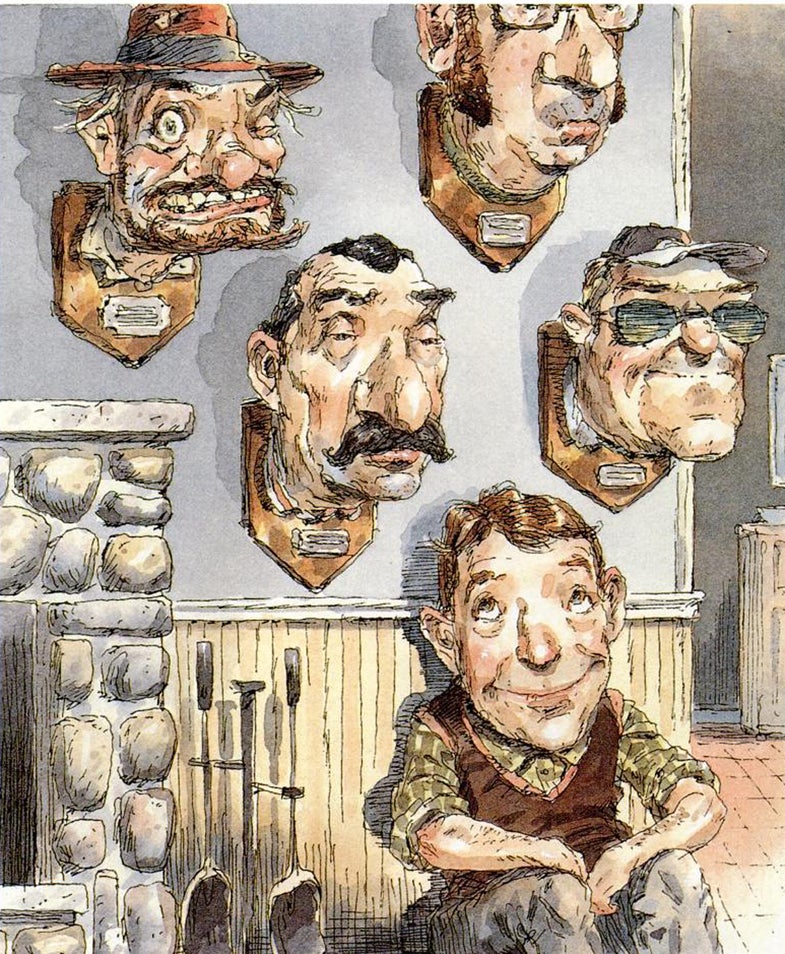 Some of the trophies I remember best from hunting and fishing trips are not game or fish but the men who guided me. I can think of several whom I’d like to have stuffed and hung on the wall.

Right over the fireplace I’d hang Billbob, the Wyoming “cowboy” mule deer guide. He looked like the Marlboro man-tall, lanky, handlebar mustache, and a swagger. But in truth he was neither a cowboy nor an experienced guide; he was a hairdresser. He gave ladies permanents in his mother’s little cowtown salon.

When he saw the lightweight tents we’d packed, Billbob kicked the dirt and declared, “We needa get us a ruggeder outfit than that.” He roared off in his pickup, then reappeared an hour later with his lights off, towing a 30-foot trailer. After he rammed the trailer back into thick brush I noticed the placard by the door: PROPERTY OF WYOMING HIGHWAY DEPARTMENT.

Billbob spat and proclaimed, “I helped buy that trailer, and I’m claiming my share of it this week.” Billbob slept dry in the trailer each night while the rest of us (East Coast sissies who eschewed stolen property) shivered in wet tents and worried that the sheriff would show up. We all got nice bucks on that trip, but we rarely talk about them. Billbob the hard-bitten, hairdressing cowboy and his “borrowed” highway department trailer was the best trophy of that trip.

Then there was Marcel, the luxury-minded Canadian moose hunting guide. He was so excited about the prospect of being featured in a magazine story that he got knee-walking drunk before we arrived, causing us to delay our departure for a day. Then, upon inspecting our canoes, he complained that there was no room for his gear. “When I go in the woods, I go comfortable,” he declared, pointing to an immense pile of duffel which included the mattress, blankets, and pillows off his double bed at home, a sack of potatoes, and 24 loaves of bread. Marcel’s insistence that he would not travel with less forced us to hire a motorboat for the guide and all his stuff. This subverted the very premise of our trip, which had been to paddle canoes deep into the wilderness where motorboats couldn’t go.

We saw one moose-a distant bull that was coming to our calls when he was cut off and slain by hunters patrolling the lakeshore in a motorboat. Our only trophy from that trip is the recollection of Marcel reclining on his mattress amongst his pillows, eating bread and potatoes.

Right next to Marcel, I’d hang Jack, a Kansas duck hunting guide who could really talk mallard and knew where to find rafts of fat, corn-fed ducks. What he wasn’t so good at was boat safety.

It was a long ride to reach his hunting spot, but Jack had a big boat that got us there in time for a good shoot. Trouble was, Jack sheared a pin as we were picking up the decoys, and he had neither a spare nor a paddle. Using a piece of the broken pin, Jack managed to jam the motor in gear, but it stuck in reverse.

“If I shift gears, that little piece of pin is going to fall out,” Jack announced. “We’ve got to go home backwards.”

With the motor stuck in reverse, Jack backed the boat slowly all the way up the lake, with each wave slopping over the transom into the cockpit, where we took turns bailing. When we got to the dock, a pair of smug hunters stood laughing at us.

“Don’t say nothing,” Jack hissed. “Just make sure they see the ducks.” And then he loaded the boat on the trailer stern first, hoping to make the hunters think he knew something they didn’t.

But my favorite trophy guide was Adamie, the Inuit guide who tried too hard to make us happy. “You want to fish in the river or the bay?” Adamie asked through an interpreter at the beginning of the trip.

“Wherever you catch the most fish,” I said.

“We catch most in the bay,” the interpreter translated.

So, all that day we fished along the shores of Hudson Bay but caught nothing. Not one single bite.

“Why are we catching noo fish?” I asked.

“Because the fish are in the river,” Adamie answered.

“You said you catch most in the bay,” I argued.

“We catch the most fish in the bay in winter,” Adamie explained with a grin. “In summer the fish go up the river, but we can’t catch as many there.”

I was learning. I said, “Let’s go where we’ll catch the most fish today.”

All smiles, Adamie took us many miles up river for the rest of the week. We caught loads of big Arctic char, huge lake trout, and 5-pound brook trout.

“You like this better than the bay?” Adamie inquired as he unhooked another 10-pound char.

My collection wouldn’t be complete without another trophy guide from the North Country, Sam Fast Rabbit. Sam was a tough old Indian, but his lips were deeply cracked by the constant tundra wind and he had no lip balm, so each morning Sam wiped great gouts of his wife’s scarlet lipstick across his mouth. When it rained, the lipstick dissolved and ran all over his chin. He was frightening to see. Sam was a colorful trophy, but where would I hang a mount that looked like that?

Illustration by John Cuneo. From the February 2006 issue of Field & Stream