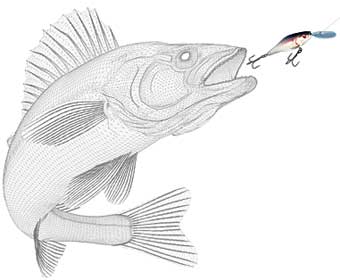 When word got out about yard-long rainbows and enough salmon to choke the Hudson, Alaskans didn’t stand by and wait for the last fish to be caught in Bristol Bay rivers. Strict rules have been applied when necessary to compensate for fishing pressure that’s increased fourfold in 25 years. King salmon rules are still liberal, but summer anglers on the Naknek River cannot keep a rainbow longer than 18 inches: all the better for catching and releasing 30-inchers in watersheds awash in superlatives. The major fishing attractions are packed into four furious months, starting in June with king salmon runs up fabled rivers such as the Nushagak. The world’s largest run of sockeye, the gastronomic prize of Pacific salmon, peaks in July on the Kvichak system downstream from Lake Iliamna. Arctic char abound in Wood Tikchik State Park, the largest state park in the country. Fishing for big rainbows is best from late August to freeze-up while they’re in the rivers pigging out on salmon eggs. Meanwhile, silver salmon pour into streams as darkness puts the squeeze on the endless days of summer. The Alagnak is the most popular river among Bristol Bay rainbow anglers, but for every crowded stream, a sleeper or two are waiting to be discovered in this Wisconsin-size smidgen of Alaska. Save enough money for airfare, and it’s all yours. Spend the inheritance on plush lodges or go for a song by renting a raft and letting a bush pilot drop your party in the middle of everywhere an angler wants to be. For details, contact the Alaska Department of Fish and Game’s south-central regional office (907-842-2427; www.state.ak.us/adfg/sportf/sf_home.htm).