Of course you’ve been out roosting turkeys. That’s what everyone does before the opener. But waking birds up and putting... 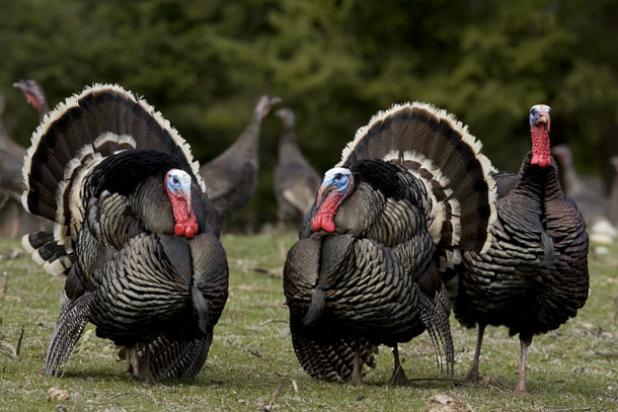 Of course you’ve been out roosting turkeys. That’s what everyone does before the opener. But waking birds up and putting them to bed only tells you where they hang out at dusk and dawn.

If the toms don’t gobble after fly-down during the season, you’re out of luck. The best turkey hunters scour the woods during the preseason to learn where gobblers are apt to be at any hour of the day. Then they can score even when those birds get tight-lipped. Let’s take a look at their secrets.

1. Pinpoint the Food
Spring gobblers aren’t focused on eating, but the hens they chase are never far from groceries. So once you’ve located a roost, search for nearby feeding areas. That’s the advice of Kevin Small, owner of KT’s Trophy Hunts in Missouri (660-651-0655; ktshunts.com). “The first place I look is on south-facing slopes, which warm up the quickest and have the green growth and insects that birds gravitate to,” he says. “Check for scratchings, feathers, and droppings. With birds typically flocked up now, they should leave plenty of sign.”

Georgia expert Mike Mayfield of Magnum Game Calls (770-965-9554) searches oak stands for similar feeding sign. “Turkeys will stay on acorns well into spring whenever they can,” he says. “If there was a poor mast crop the previous fall, however, check the pine groves, where many of the spring’s first bugs will be.” In states that allow hunting past noon, also make a note of any green farmfields or food plots near roosting areas. “These are great places to set up for a late-afternoon hunt. Birds love to nibble a little green stuff before they roost, because it helps them digest. It’s like a person eating a Rolaids before bed.”

2. Get in the Zone
Next, pin down gobbler strutting zones. According to Missouri expert Tad Brown of Flambeau Game Calls (800-232-3474; www.flambeauoutdoors.com), these have a lot in common with whitetail scrapes: They’re often used by several males, and they’re lo­cated in predictable, generally easy-to-find areas. “Secluded fields and clearings in mature timber are the top spots,” he says. “Look for the telltale figure-eight drag marks, loose wing feathers, and strutting gobblers themselves if it’s a place you can glass from a distance. When I find a strut zone, I commit it to memory. You can kill a gobbler in one today, and in a day or two, another tom will take his place.”

3. Watch the Road
All three experts agree that the best place to catch birds moving among the above areas is a logging road. “Both male and female turkeys travel them throughout the day,” Mayfield says. “And gobblers love to strut along these lanes. Look for big tracks, showing 31⁄2- to 4-inch toes with wide knuckles. There’s a logging road on one farm I hunt, and I swear you can go there at midday, point your gun barrel down the road, and wait–because a turkey is eventually coming down that thing.”

4. Check Your Watch
Finally, timing is everything, says Small. “Most people don’t realize how predictable turkeys are,” he explains, “or that one of the most important scouting tools is wrapped around your wrist.” Whenever Small sees birds, he looks at his watch, because those turkeys will likely be in the same area–if not the same place–at the same time tomorrow. “I can’t tell you how many times that trick has turned a tough morning into a memorable hunt.”