Knowing how to choose the best concealed-carry gun could wind up being a life-changing decision. One of these reliable semiautos or revolvers could be the right ccw for you 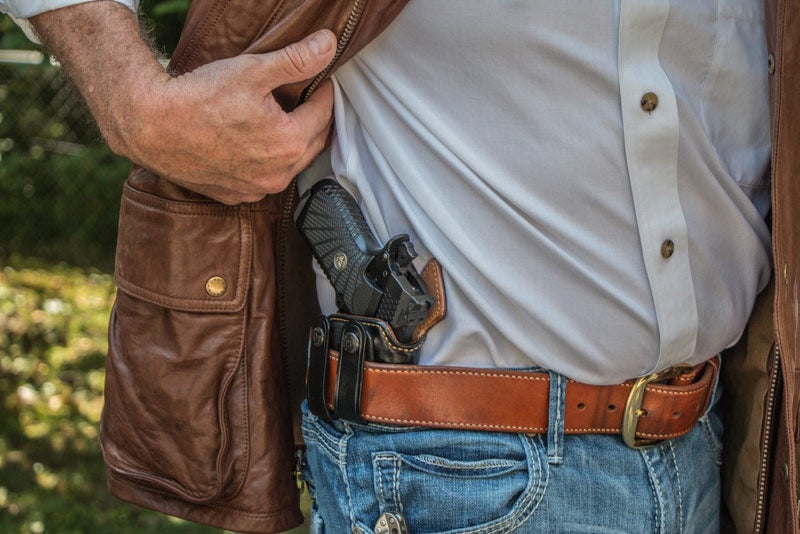 A good concealed-carry gun is lightweight, comfortable, and reliable..
SHARE

There are so many concealed-carry handguns to choose from for personal defense, that knowing how to choose the best concealed carry gun can seem about as difficult as choosing a significant other. Not to worry; the key to a good match is to first narrow the pool to the very best concealed pistol, semiauto, or revolver, and that’s just what we’ve done below.

These are seven of the best ccw, and each has a well-earned reputation as a personal-defense standout. They are guns you can easily hide on your person, carry comfortably all day, and trust your life to. The best handgun for concealed carry and self defense that’s right for you is the model that fits your hand, your carry style, and your wallet—and the one you can shoot with confidence.

Read Next: The Beginner’s Guide to Concealed Carry

With all the new sub-compact 9mm semi-auto handguns, you might think the .380 Auto is dead, but it’s not. Browning continues to add appealing variations to their reduced-size 1911 lineup, which is the ideal size for the .380 Auto. The Black Label 1911-380 Pro Stainless features a matte-black composite aluminum frame with a stainless-steel barrel and slide. These pistols are incredibly light, compact, and a joy to carry.

If you like a compact carry revolver with a wicked punch and unmatched versatility, check out the Ruger six-shot .327 Federal Magnum LCR. It has a 1.87-inch barrel and is chambered for one of the most underrated defensive handgun cartridges on the market. This little wheelgun can also fire .32 Auto, .32 Short, .32 Long, and .32 H&R Magnum. The .327 Federal Magnum recoils and hits like a .357, but the lesser cartridges make this gun manageable for anyone in the family.

Read Next: The 25 Best Handguns Ever

Anytime gun nuts talk about concealed-carry guns, the S&W M&P Shield is part of the conversation. The firearm is the perfect size for concealed-carry and seems to fit the hand of anyone who picks it up. This new 2.0 version comes with a dedicated green Crimson Trace laser that offers ambidextrous activation. It also has an eight-round magazine and weighs only 18.8 ounces. There are four laser-equipped variants to choose from in 9mm and .40 S&W, and the guns are offered with or without a thumb safety. The S&W Shield sets the bar high when it comes to affordability and reliability in compact defensive handguns. 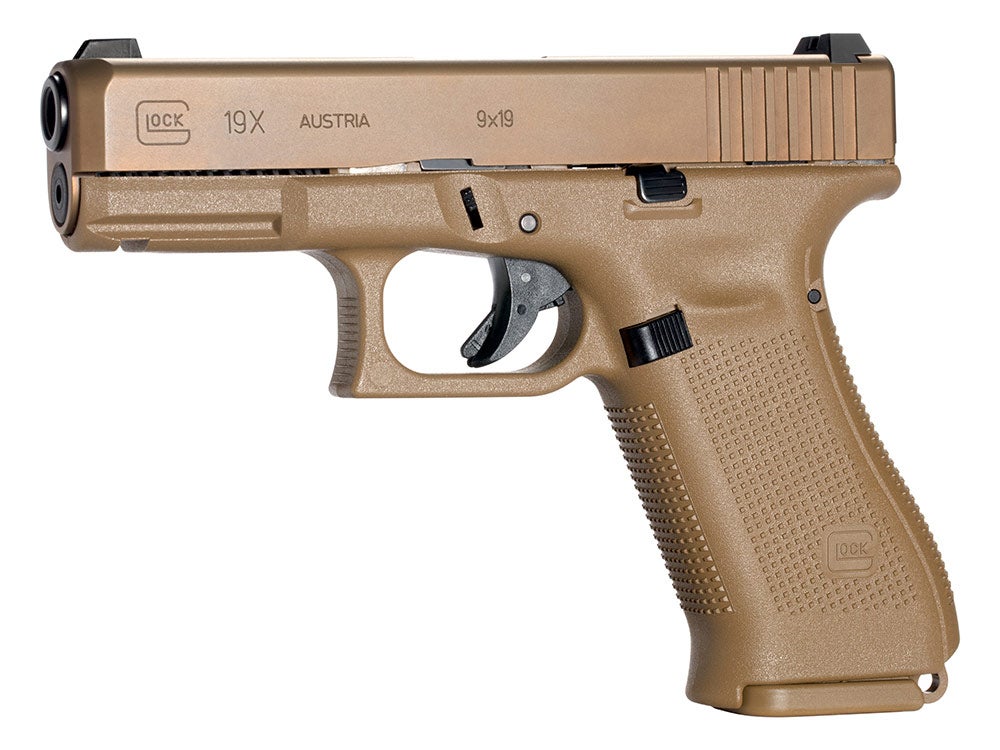 At 24.83 ounces and with a 4-inch barrel and 17+2 capacity, the new G19X might be Glock’s best handgun yet. The G19X is really the melding of two famous Glocks: It has the G17 frame and the G19 slide. It’s reminiscent of what Colt did in 1950 when they created the Commander by using a shorter slide and barrel on the 1911 Government model. The new G19X, chambered in 9×19 (or 9mm), comes in a distinctive Coyote-tan color and is sized just right for those who want to carry a duty-size handgun concealed. An ambidextrous slide lock and reversible magazine release are standard, and the G19X even comes with a lanyard loop.

There was a time in recent memory when revolvers were considered the ultimate defense handguns. They’ve fallen out of favor due to the mass appeal of compact semi-autos, but revolvers are still effective. S&W’s new Performance Center Model 19 Carry Comp comes with a tritium front sight, tuned action, and is chambered for one of the greatest fight-stoppers of all time, the .357 Magnum. At 34 ounces, it’s a tad heavier than conventional carry guns, but with its 3-inch barrel, it is still very concealable. The model 19 was one of S&W’s most iconic revolvers. Now, it’s even better. $1092

For more than a decade, those carrying concealed have been infatuated by ultra-compact 9mm handguns—and for good reason. Sig Sauer’s new P365 is a hand-sized, 17-ounce, polymer-framed semi-auto that will handle +P ammunition, and it comes standard with a 10-round magazine and night sights. It’s easy to carry, easy to shoot, and will very likely become your favorite new handgun. With the added option of a 12-round magazine, it might be the biggest little gun of all time.

Custom defensive handguns are nothing new, but that doesn’t make them any less effective. The EDC X9 Wilson Combat has meshed all the best features of the 1911, the Browning Hi Power, and the Glock 19. The EDC-X9 is lightweight, available with or without an accessory rail, and has a 15-round capacity. This pistol is deadly accurate, is more reliable than the sun, and has a smooth trigger. The price might be steep, but it’s worth every penny. Hey, you only live once, and with the right carry gun, you might live a lot longer.

Read Next: Do You Carry a Handgun While Bowhunting?

Though 1911 and Glock fans would argue, the Browning HiPower is one of the most reliable and greatest fighting pistols ever engineered. The original concept was that of John Browning and is the design that, with its double-stack magazine, pivoting trigger, and linkless barrel, laid the foundation for the Glock. The HiPower has been used by more than military units, and in more wars, than any other handgun. It is currently out of production, but they can be found on the used market.

Discontinued in 2017, this pistol will likely feel better in more different hands than any other semi-automatic handgun ever made. The only downside of this gun is that it is chambered for the .22 LR, .32 ACP, and .380 ACP. Given its size and price however, it had problems competing in that market. It’s very similar to the Browning BDA and FN 140 DA, and all of these are very reliable and comfortable shooting sidearms.

Snub-nose 38 Special revolvers have always been popular for concealed carry, and the Smith & Wesson M&P Bodyguard Everyday Carry Kit is a fantastic refinement of the platform. This kit features a 14.4-ounce M&P Bodyguard 38 Special revolver equipped with a Crimson Trace laser, and it comes with a Delta Force CS LED flashlight, an Oasis liner-lock folding knife, and a branded and discreet gun portfolio.

The gun world went collectively nuts when it was announced that Glock would be offering a 380 ACP version of their iconic, plastic pistol. Though the 380 ACP might not be the best cartridge for personal protection, in the lightweight G42 it is very easy shooting and compact. It could be a primary self-defense handgun, but maybe better fits the role of a backup or secondary pistol.

Handguns
Concealed Carry
Fall
Gear
Guides and gear
How To