Petzal: When is a Rifle Not Accurate Enough?

Occasionally I’m asked: At what point is a rifle too inaccurate to use? (I’m also asked what diddy-wah-diddy means, but... 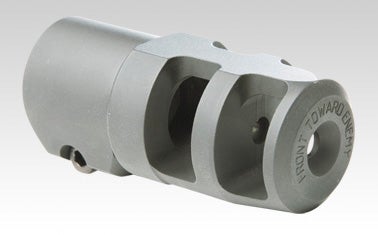 Occasionally I’m asked: At what point is a rifle too inaccurate to use? (I’m also asked what diddy-wah-diddy means, but that’s not important now.) I’ve just come across a perfect example. It is a .30/06 of excellent pedigree, a factory rifle, not custom.

When I started shooting it, I tried factory ammo in 180- and 165-grain weights, three different brands, and the rifle almost invariably put two shots together and one off into the Oort Cloud where comets come from. I was not depressed, because very often this means that a load is almost right, but not quite, and with a little tinkering you can get all three shots touching. Such is not the case with this firearm.

As it turned out the loads the rifle likes most are 150-grain Sierra Pro Hunter handloads, and 165-grain HSM factory ammo (amazing how well HSM shoots in so many rifles).

At its best the ’06 will print near half-inch groups, but most often it shoots around 1.2 to 1.5. I could live with this and in many cases I do live with it; some of the most effective rifles I own group in this range. But the difference is they never go smaller than 1.2 or larger than 1.5.

Inconsistency is the scariest thing in the world of riflery, so I am sending the ’06 back into the netherworld of inaccurate firearms. Life is too short to fool with it further.

My gunsmith, John Blauvelt, showed me a Badger Ordnance FTE Removable Muzzle Brake, a fearsome device (above) that looks like it could damp down a German 88. Stamped on the front is “This side toward enemy,” which appears on the business side of the very popular and effective Claymore mine. Someone at Badger has a sense of humor.