What’s your idea of a fun gun? The question came up last week when I gathered five testers for the...

What’s your idea of a fun gun?

The question came up last week when I gathered five testers for the annual Best of the Best shotgun test. One of the entries was Rossi’s new Tuffy, their version of the .410 Snake Charmer single shot. It weighs three pounds, has an 18.5 inch barrel and a very short thumbhole stock that holds extra shells. It has practical applications as a backpacking, truck or boat gun, I guess, but my bet is, most people buy them because they’re cute, inexpensive, and they look like fun. During the test, we tried a round of skeet with the Tuffy. 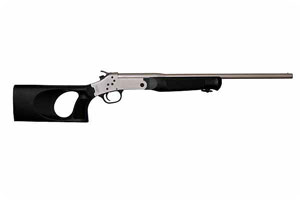 One of my testers, Bob, shot the whole round practically without a miss. It didn’t matter if he shot the Tuffy one handed , held at arm’s length like a pistol, or from the shoulder, scrunched over the short stock. He crushed everything. Turns out, his son used to have an old Snake Charmer (a very similar gun) and Bob had shot a ton of skeet with it, just for fun.

I have to admit, I am immune to the charm of .410s, quite likely because I can’t hit much with them. In fact, when it comes to fun guns, the most I can remember giggling over a shotgun lately was the day my son John and I shot handthrown clays with a Remington SP-10. It’s a massive 10 gauge semiauto, at 11 ½ pounds, and the gas action soaks up any kick the weight doesn’t take care of. Pull the trigger and there’s a huge boom, and no recoil, just a feeling as if God had laid His finger politely but firmly on your shoulder and asked you to take a step backward. The target, meanwhile, disappears. Now that was my idea of a fun gun. What’s yours?