How to Shoot a Magazine for Fun and (Maybe) Profit

We want you to take the July issue of Field & Stream out and shoot it. Well, not the whole... 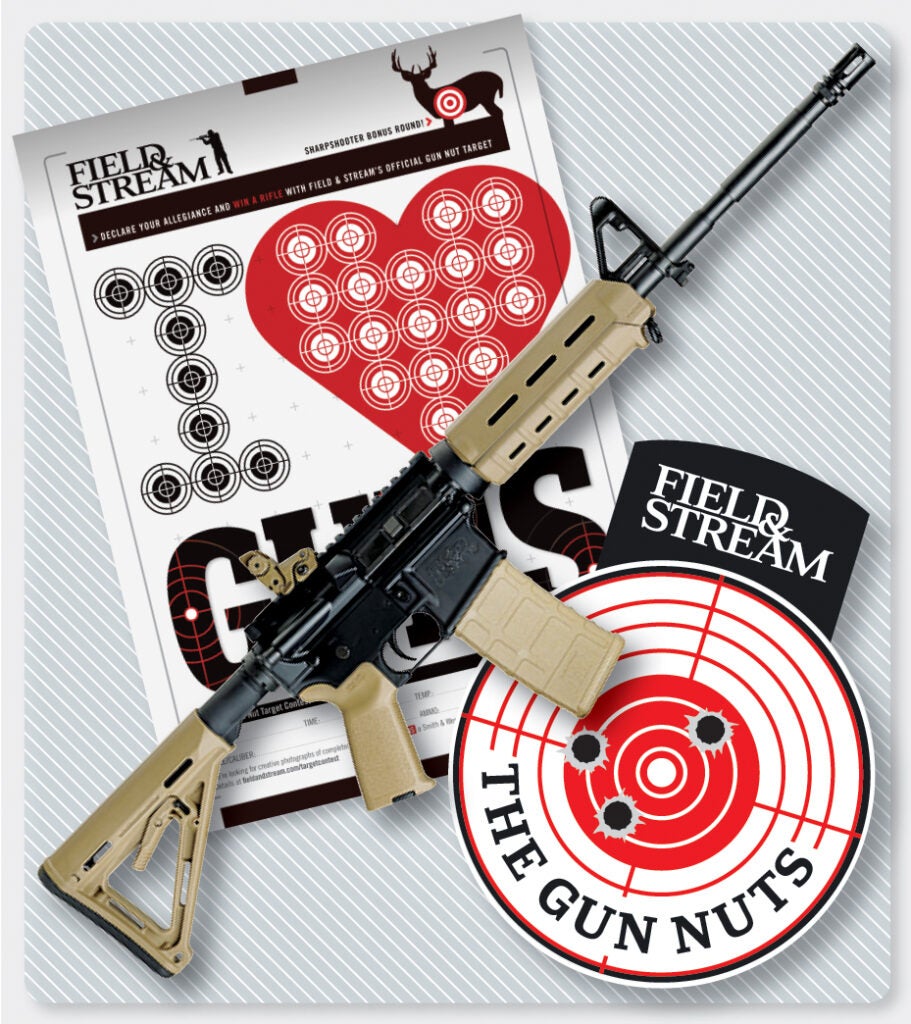 We want you to take the July issue of Field & Stream out and shoot it. Well, not the whole magazine, but the target on page 49. It’s part of the special Gun Nut issue, in which DEP and I put this blog on the pages of the Field & Stream. In the section you’ll find shooting advice, lots of guns, Gun Nut rules to live by and such vital minutiae as my five favorite gun scenes in the movies and Dave’s nominations for the Three Meanest Gunwriters Ever. The issue hits newsstands on June 22nd.

Back to the target. We want you to shoot it. Really. With any gun, at any range. One shot or many – doesn’t matter – then shoot it again, this time with a camera. You can be in the picture, too. Whoever takes the photo our editors like best wins a Smith & Wesson M&P MOE in 5.56mm. And by “wins” I mean, we give it to you (via a registered FFL dealer) and you get to keep it. You can enter the contest here once your issue arrives.

I have shot a bunch of phone books (you test penetration by seeing how far in the alphabet the pellets reach) but I don’t recall ever shooting a magazine so you are on your own in your choice of guns and ammunition. My only advice is be safe, be creative, have fun, and send us your pictures.

There’s nothing in the rules that says you can’t send in pictures of more than one target. That will require buying more magazines which, of course, is all part of our insidiously brilliant plan. Magazines are supposed to be dying out, killed by the Internet as delivered on home computers, laptops, phones and iPads. Maybe someday, but for now, we are proud to say we have created an app for a magazine that can’t be replicated on a screen. Well, I guess you can shoot your laptop if you want to, but we won’t let you win a gun for doing it.