Chad Love: Signs of the Times

Times are undoubtedly tough right now, but every now and then you stumble across a reminder that no matter how... 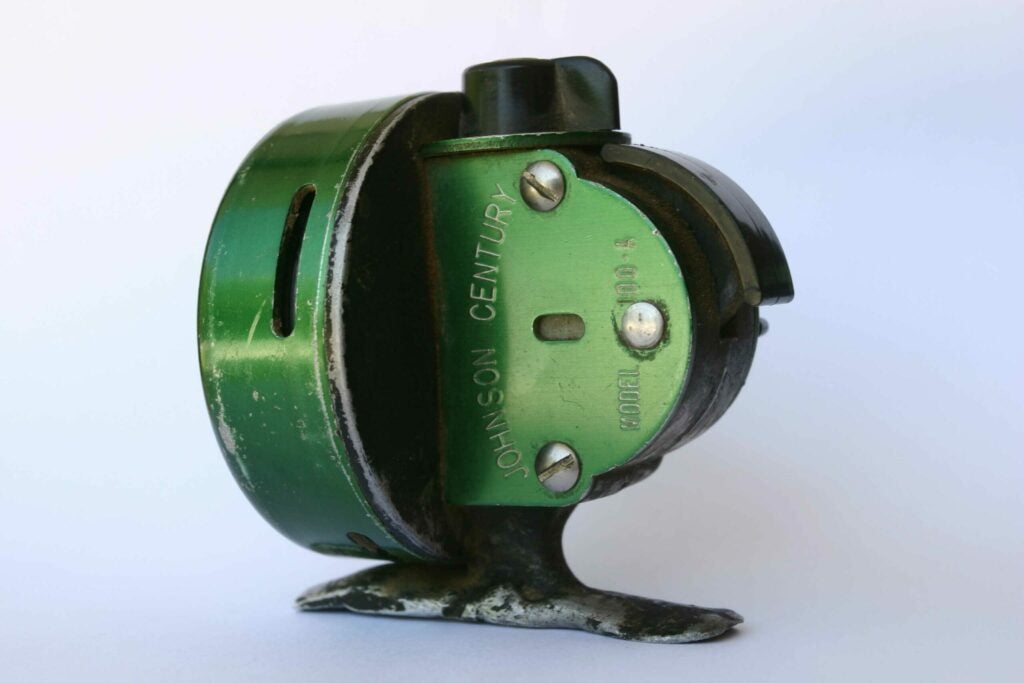 Times are undoubtedly tough right now, but every now and then you stumble across a reminder that no matter how bad you think you might have it, you don’t have it nearly as bad as you think you do.

I found one such reminder this weekend as I was going through my old reel collection. Sitting amongst the vintage Pfluegers and Langleys and Ambassadeurs was this battered old Johnson Century. The Century was introduced in 1956 and there were a ton of them produced, so there’s nothing inherently unique or collectable about it except that it belonged to my wife’s grandfather and it was given to me after he died. He and my wife’s grandmother were both fishing fools and I can only imagine how many western Oklahoma farm-pond bass this old reel has caught in the past half-century or so.

But as I was holding it yesterday something caught my eye, a detail I had never noticed before: The front part of the aluminum reel foot had at some point in the past been welded back on the reel. Now my wife’s grandfather was a welder by trade, so on one level it’s not surprising that he’d fix it rather than simply throw the reel away and buy a new one. As the son of a welder, I can attest that crusty old welders are just that way.

But what I find fascinating, and telling, is when that repair had to have been made. With all due respect to that old Johnson, it’s a perfect example of a post-war American manufacturing industry that emphasized efficiency and speed over hand-crafted, high-priced artisanship. It’s a good, reliable reel, but it was designed to be replaced, not repaired. And that is the basis of the modern throwaway culture we know today.

So why would someone take the time and trouble to fix something meant to be replaced? Because like virtually all our parents or grandparents, my wife’s grandfather grew up during the Great Depression. And back then there was no throwing something away because there wasn’t a damn thing to replace it with. You either fixed what you had or you did without.

It’s a sobering thought to realize that the experience of living through the Great Depression was so powerful, so searing that some thirty-odd years later in a time of relative prosperity my wife’s grandfather would rather fire up his welder to fix a cheap little spincasting reel than be so wasteful as to throw it away and buy a new one.

I don’t know about you, but I think this old reel and what it represents could teach us all a thing or two about what really tough times are like.