Merwin: The Young & The Accurate

Accurate casting should be a goal for each and every angler. That’s because other things being equal, he who casts... 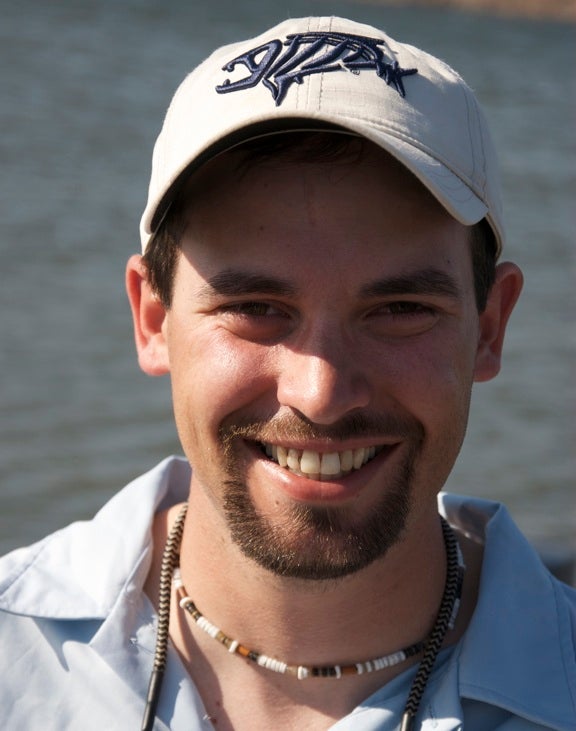 Accurate casting should be a goal for each and every angler. That’s because other things being equal, he who casts the most accurately usually catches the most fish. While bass fishing in Mexico a couple of weeks ago, I was lucky enough to share a boat for a day with David Brinkerhoff, 27, (pictured) who works as an assistant marketing guy for G. Loomis Rods and is one of the most accurate casters I’ve ever seen.

Whether by underhanded pitching or by common overhead casting he was consistently putting jigs, worms, and other bass lures within an inch or less of his targets. It turns out that some years back he was the national champion in the B.A.S.S. Casting Kids competition. So I asked him to pass along some advice on how the cast accurately.

“Two things,” he says. “First, make sure you practice the basics of casting with spinning and/or baitcasting gear. You must have a good casting stroke and–just as important–a consistent casting stroke. If you’re not casting in a consistent way, you can’t predict where the lure is going.

Second, you’ve got to be very focussed on your target. Look exactly at where you want your lure to land. That means, for example, not tossing a lure toward a bed of lily pads, but focussing on and casting to the edge of one particular lily pad. Consistency and focus make for accurate casting.”

I agree with this completely, even if I can’t cast quite as well as Brinkerhoff. And no, he didn’t catch more fish than I did, but that’s only because I resorted to certain elements of guile and treachery totally unsuited to younger anglers….