Quite a while back in a post here I referred to circle hooks as catch-and-release hooks for fishing with live... 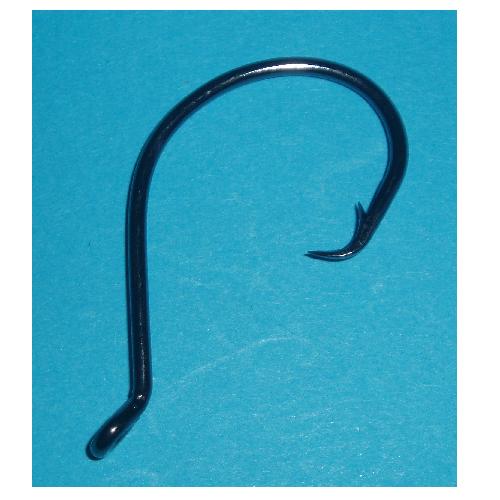 Quite a while back in a post here I referred to circle hooks as catch-and-release hooks for fishing with live bait. I was rightly taken to the woodshed by a reader who pointed out that circle hooks were originally (and still are) a commercial-fishing hook because of their high hooking rate on commercial-line sets for fish such as halibut.

But with that clarification out of the way, I still have a question. Who out there is using circle hooks and for what fish?

Commercial applications aside, this style of hook is supposedly a great conservation tool for catch-and-release fishing with bait. Instead of gut-hooking–and thus killing–fish that swallow the bait, these hooks are designed to slide out of the fish’s gullet and hook in the jaw. I’ve tried using circle hooks in a variety of ways during the past few years. My own results have been mixed.

In using worms for stream trout, for example, I found my circle hooks were gut-hooking roughly half the fish I allowed to swallow a bait. I quit testing in that case because I was killing more fish than I wanted to keep. For freshwater bass, I tried larger circle hooks with minnows and didn’t gut-hook a single fish. For saltwater stripers, I live-lined big herring baits on circle hooks in the surf and, again, managed to gut-hook about half of the big bass that took a bait.

Part of the problem is that many makers of circle hooks often don’t specify if a particular model has an offset (bent to the side) point or a non-offset point–in which case the hook point is in line with the hook shank. Non-offset points gut-hook fewer fish.

I know there are many bait anglers who read this blog. Who among you has tried circle hooks, and with what results?