Let me start by saying congratulations to poster MLH who was the first to correctly guess based on my little... 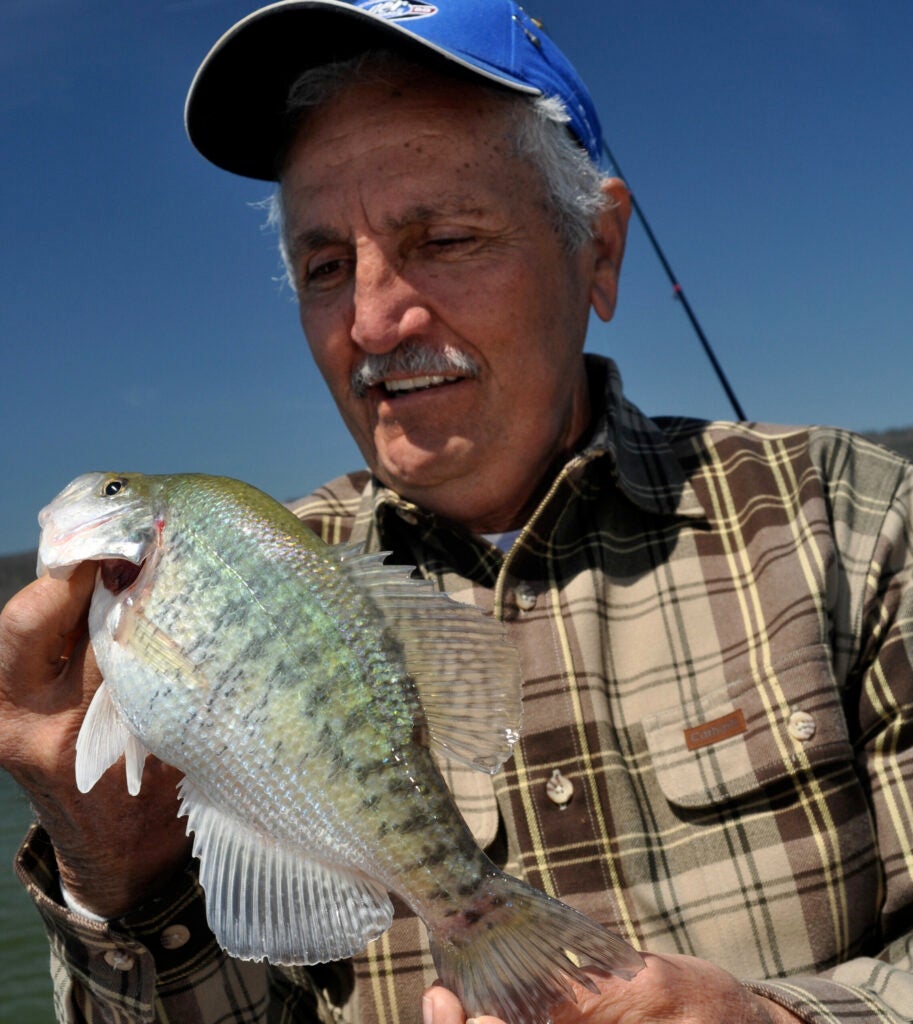 Let me start by saying congratulations to poster MLH who was the first to correctly guess based on my little road trip quiz that I was headed to Weiss Lake in Centre, Alabama. Indeed that’s where I am, and as many of you noted it is the Crappie Capital of the World. So is the fishing living up to that title? Not telling just yet. That will be fully disclosed in due time. What I will tell you is that today I learned one cool crappie technique. Now I know this won’t be anything new to a bunch of you, but the term “shooting docks” was not part of my Yankee fishing vocabulary prior to this afternoon. I assumed that was the local way of saying “casting at the docks.” Man, was I wrong.

Pictured above is Jack Jones, one of the two legendary Weiss guides I have the pleasure of sharing a boat with during my stay. It was Jack who handed me the four-foot rod with the closed-face spinning reel and explained shooting. In simple terms, you hold the jig in your right hand, then extend the rod out with your left, causing it to bend deeply sort of like drawing a bow. Then you take your finger off the reel’s trigger while releasing the jig at the same time to “shoot” it straight out and low to the water. Sounded easy, but hold the jig wrong and you drive the hook into your finger. Break your left wrist and the jig flies up in the air. Screw up your timing on the trigger release and the jig whips back at your head.

I am struggling to master the technique, but it’s a necessary skill around these parts for firing a light jig way back under the docks where the crappie hide. Jack can do this with insane accuracy. I mean I watched the man send his jig through a six-inch space between two dock planks over and over. I think he could “shoot” a fly off a cow’s rear end from 20 paces. All I can say is, “Dear fly fishing, I thought you were hard to learn with all your crazy nymphing, spey casting, and double-hauling, but you ain’t got nothing on ‘shooting the docks.'” Any shooters out there have some tips for me? — JC