There was a time, back in the day (“day” in my case being the mid-eighties) when fishing-obsessed young men caught... 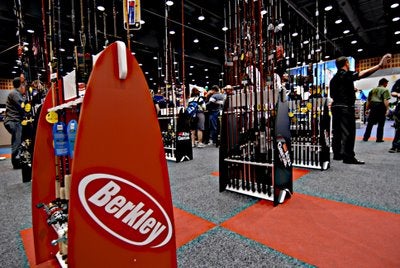 There was a time, back in the day (“day” in my case being the mid-eighties) when fishing-obsessed young men caught in the icy clutches of deep winter waited impatiently for that special day – usually in February or early March – when they could plop their favorite Bass Pro Shops trucker hat (although back then they were just “hats”) over their luxurious mullets, don their acid-washed jean jackets and head out for that slice of escapist fishing heaven, the tackle show.

Winter was left at the door and what stretched out before you in all its glory, was the promise of things to come, the knowledge that soon you’d be on the water with the warm spring sun shining on your face. You’d walk the aisles for hours, ogling all the new tackle and stuffing every brochure, pamphlet and sample you could get your hands on into that little plastic bag they passed out at the door.

It was a great tradition and in the pre-Internet age one of the main outlets for anglers to learn about all the newest tackle.

Notice I used past tense?

The annual Oklahoma Tackle Show, billed as the largest tackle show in the Southwest, has been cancelled for 2009. The downturn in the economy forced cancellation of the show, said Todd Jameson, the show’s producer. Always held the second weekend of February at State Fair Park, this would have been the 30th consecutive year of the Oklahoma Tackle Show. Chuck Devereaux, who appears at the Oklahoma Tackle Show each year with his Bass Tubs of Oklahoma, said many of the major fishing retailers are pulling out of tackle shows around the country.

I started going to the OKC tackle show when I was a kid and for years I never, ever missed it. It was a fixture. Its demise is a pattern apparently being repeated across the country, but I’m wondering: is it truly due to economic conditions or, like shopping malls, are the big regional tackle shows becoming something of an anachronism? The modern American consumer is a different animal than what he/she was even 10 years ago and maybe – much like the mullet – the tackle show is just another artifact of a bygone era.