Fish, wildlife and sportsmen got good news Friday when Tom Vilsack, the Secretary of the Department of Agriculture, announced recent … Continued 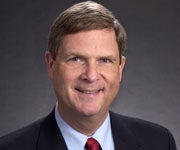 Fish, wildlife and sportsmen got good news Friday when Tom Vilsack, the Secretary of the Department of Agriculture, announced recent and future sign-ups of 5.65 million acres in the Conservation Reserve Program, keeping that keystone conservation program close to its current authorized cap of 32 million acres.

But in an interview with Field & Stream, Vilsack also urged sportsmen to keep the momentum going by urging their congressmen – particularly House members – not to swing the budget axe on conservation funding in the new Farm Bill currently under consideration.

“(Sportsmen) should take some confidence or relief in the numbers we’re announcing today, because it shows this administration is committed to CRP and to the outdoors recreational opportunities CRP creates and enhances,” Vilsack said.

“(But) they ought to be engaged in encouraging members, especially in the House, not to reduce our commitment to conservation in the future – mainly because it works.”

The Conservation Reserve Program, which pays farmers who enroll in the program to not plant marginal acres, is widely considered the most effective federal conservation program ever. The resulting grasslands not only provide essential upland nesting cover for waterfowl as well as numerous terrestrial species, but it also helps reduce soil erosion and improves water and air quality. It has also been a popular economic boost to the agricultural community, pouring $1.8 billion dollars into farmers’ pockets annually.

But the program has come under stress in recent years. First commodity prices soared, drawing some farmers back to planting that non-tilled land. The USDA said it expected to see up to 6 million acres pulled out of CRP this year as contracts expired.

Sportsmen were still reeling from the impacts of that shock when some in congress targeted conservation spending as a way to trim federal spending.

Working with conservation groups, the administration found a way to fund an additional 1.75 million acres in two sign-ups set for this summer. The first will be targeted at highly erodible acres, the second at sensitive grasslands, wetlands, and wildlife habitat.

“When you add what we’ve just enrolled with the 1.75 million we’ll get this summer, that will give us 5.65 million, pretty darn close to the 6 million we’re losing, and right at 29.2 million – not far from what the cap is right now,” Vilsack said.

He also urged sportsmen to tout the broader economic and environmental benefits of the CRP when pushing congressmen to preserve funding.

“In 2011 we were able to calculate the reduced nitrogen (because of CRP acres) going into streams (from farm fertilizers) by 623 million pounds, and reduced phosphorous by 124 million pounds,” he said.

“When you look at carbon sequestration, we calculated that CRP is equivalent to taking 10 million cars off the road.

“So, this program doesn’t just help wildlife, and outdoor recreation, and the farming community, it also has a very significant positive impact on the environment.”