Has Technology Made Hunting Too Easy?

Is there a growing backlash in the hunting world against all things high-tech? Are increasing numbers of hunters turning their... 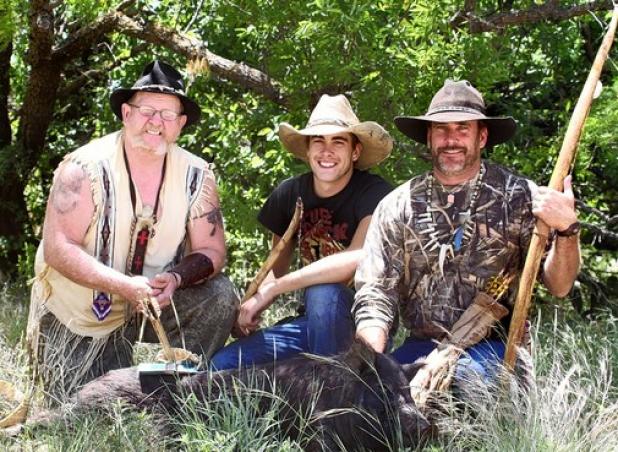 Is there a growing backlash in the hunting world against all things high-tech? Are increasing numbers of hunters turning their backs on modern weapons in favor of the purity of experience offered by primitive weapons?

From this story in the Wall Street Journal:
_Late last month, Mike Huston crouched in a prickly pear patch. His blood-stained quiver–sewn from the hide of a deer he killed–was full of arrows fashioned from turkey feathers, wild plants and sharpened stones. Nearby, a half dozen feral hogs grunted through the West Texas dust. When they drew within a few yards, Mr. Huston laid an arrow against a bow of rough wood and deer sinew, pulling it taut. The black boar was oblivious until it heard the thwack of Mr. Huston’s bowstring.

Mr. Huston, who goes by “Hawk,” is at the forefront of a backward movement in the U.S.: Hunters are increasingly devolving, favoring crude hand-wrought weapons made with ancient methods. As for high-powered modern guns and pricey carbon-fiber bows? “People are tired of that,” says Randy Rifenburgh, a longtime primitive hunter who goes by “Rattlin’ Randy” in his hunting-instruction videos. “Technology has made it too easy for the real hunters.”_
_
“…Prehistoric hunts are back partly because technology has made hunting a bit of a yawner, say some of the sport’s aficionados. The proliferation of gear like high-powered sniper rifles and “compound bows”–which use carbon fiber, metal wire and a set of pulleys to fling an arrow almost as fast as a bullet–took much of the sport out of hunting, they say.”_

OK, so the reporter is obviously not a hunter nor does he have the slightest clue about any kind of hunting weapon, bullet or string-based. But that’s just nitpicking. What about the basic premise of the article itself? Is there a groundswell of disenchantment with what modern hunting is becoming? Have you thought about giving up your compound, your crossbow or your rifle in favor of something a bit more rustic?

And in the interest of full disclosure, after some 12 years of shooting both traditional and wheelbows, last year I sent my last compound down the river and will be shooting longbows and recurves exclusively from here on out. But I won’t tell you my reasons yet, I want to hear yours, both for and against…