This past weekend marked the 75th anniversary of that most venerable (and venerated) of sportsman-based conservation groups, Ducks Unlimited. What... 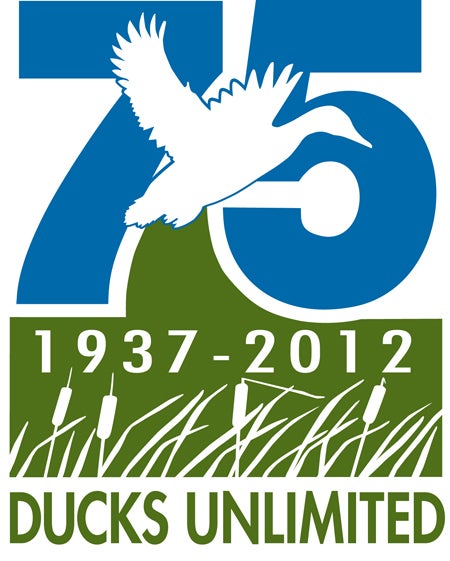 This past weekend marked the 75th anniversary of that most venerable (and venerated) of sportsman-based conservation groups, Ducks Unlimited. What began as a small group of Depression-era hunters trying desperately to save our dwindling waterfowl populations in the depths of the Dust Bowl has grown into one the largest, most recognizable and respected conservation brands in North America.

From a DU press release:
_
“DU’s 75th anniversary is a monumental moment in conservation history,” said Dale Hall, CEO of Ducks Unlimited. “This anniversary˜and the last 75 years of science-based, on-the-ground conservation work across North America˜would not be possible without the dedication of our volunteers and supporters, as well as the partners who time and time again helped us succeed in our mission. This celebration is as much theirs as it is ours.”_

_Ducks Unlimited’s 75th anniversary celebration will continue throughout the year with special events in each state, merchandise, projects and promotions across the continent. The kickoff anniversary event will be held in New York City, home to DU’s first headquarters. The gala event will be held Feb. 2 at the Waldorf Astoria Hotel, in conjunction with the international World Wetlands Day celebration.

A new section of the DU website, located at www.ducks.org/75, provides a comprehensive chronicling of the organization’s conservation legacy. The site features an interactive timeline, a listing of all the anniversary events in 2012, special video messages from DU’s partners and supporters and exciting stories and little-known facts from throughout DU’s history. DU’s 75th anniversary book, “The Ducks Unlimited Story,” was released in December. This 208-page coffee-table book by Michael Furtman covers DU’s first 75 years and features never-before-seen photos and documents from the DU archives. This book is available online now and a special edition will be offered at DU events throughout 2012.

Also highlighted online and in print this year will be 50 state projects lauded as DU’s best of the best. Conservation staff chose a project from each state for stand-out impact and the project’s representation of DU’s 75 years of conservation work. These project profiles are featured on the DU website and will be displayed at DU state conventions and 75th anniversary events nationwide. “Conservation for Generations” is the theme of the 75th anniversary celebration, with an emphasis on conserving wetlands and waterfowl for future generations, as well as getting those future generations involved with DU today, by bringing a new hunter to the duck blind or purchasing a Greenwing youth membership for a child.
_
I had the privilege of recently attending a DU media camp, and while the hunting was great fun, the highlight of the trip, truly, was meeting all the DU folks–from biologists to policy experts to DU’s communications staff–and getting a unique perspective on the DU mission, not only in terms of its many and varied conservation projects, but also DU’s incredibly important public policy efforts. You can wish for all the ducks and wetland restoration you want, but unless you have someone in Washington trying (often in vain, unfortunately) to educate and influence the people who make the rules and control the purse strings, it’s simply not going to happen.

If you don’t believe that, then just try to imagine what the conservation landscape would look like today if we didn’t have groups like DU looking out for our interests? And I can personally attest that, unlike many hired-gun Washington lobbyists, DU’s guys aren’t just suits, they’re hunters, too. It’s pretty cool sharing a pit blind with a guy who can schmooz a DC power cocktail party and blow a mean duck call with equal aplomb. And with the political battles for conservation funding promising to get even harder in the coming years, we’re going to need a lot more of that.