A wildlife management class on a coyote trapping trip in Kansas caught and rescued a buck that had been carrying... 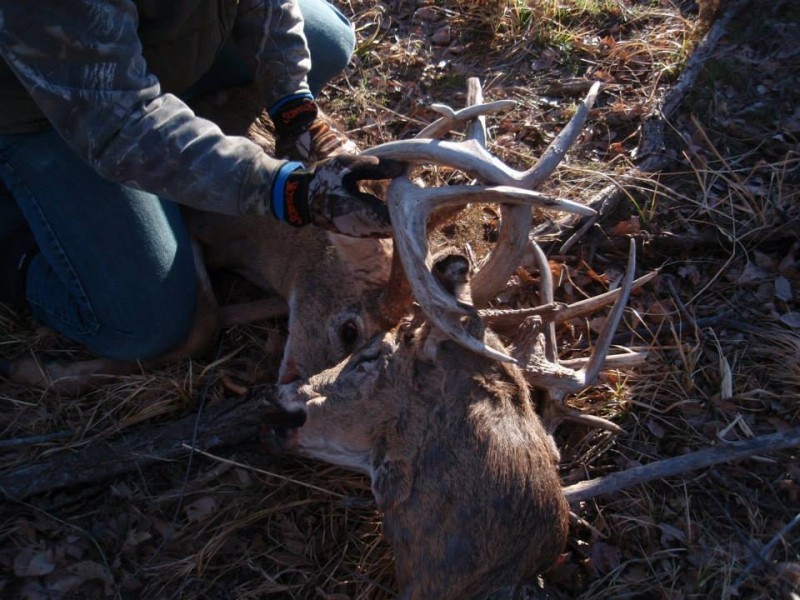 A wildlife management class on a coyote trapping trip in Kansas caught and rescued a buck that had been carrying the head of another buck locked in its antlers for months, outdoorhub.com reports. The class instructor, Luke Laha of Pratt Community College in Pratt, Kansas, had seen the deer two months earlier with the antlers, head and spine of another buck stuck in its antlers. Scavengers had eaten the rest of the dead deer.

Incredibly, the buck was still alive and still had the head in its antlers when Laha’s class found it on their trapping trip. They chased the weakened deer through the woods and were able to catch it, sit on it, and free the buck from the dead weight it had been carrying. The buck ran off into the woods. Laha says he hasn’t seen it since. Laha received permission from the game warden to keep the head