Angler Don Wheeler was fishing with an old friend from high school in the Gulf of Mexico near Biloxi on... 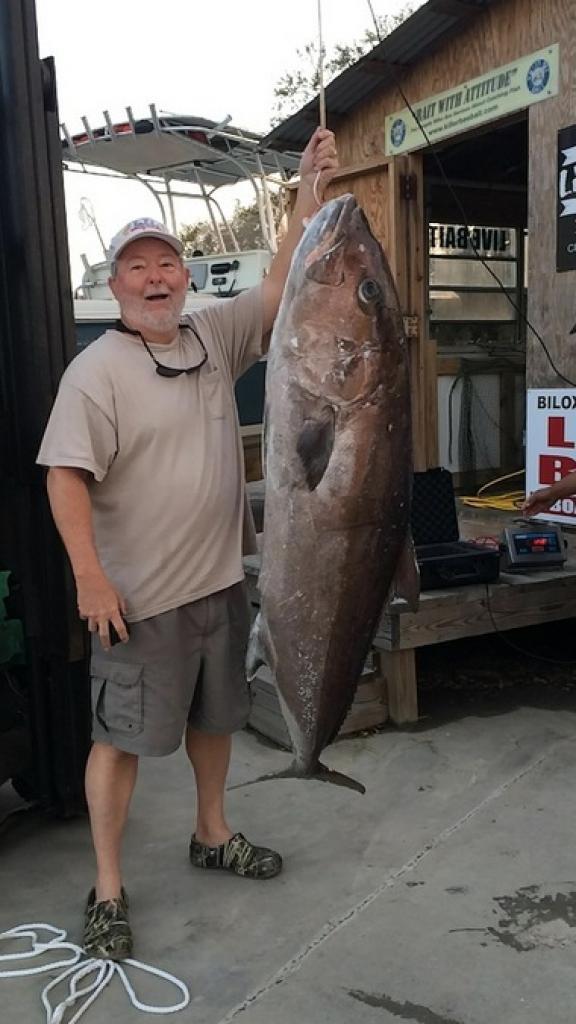 Angler Don Wheeler was fishing with an old friend from high school in the Gulf of Mexico near Biloxi on March 22 when he landed a 126-pound amberjack, beating the current Mississippi saltwater state record by just more than a pound.

Wheeler told Gulflive.com he had just changed bait to an 8-pound Spanish mackerel when he hooked the fish in 200 feet of water, and then fought the fish for 30 minutes before bringing it into the boat.

“Basically, I was holding on to the rod because the fish was putting a tremendous strain on my arms, back and legs. Amberjacks tend to pull like a donkey and I did my best to hold on. But my adrenaline was too high to quit,” Wheeler said.

The crew put the fish on ice for the trip back to the marina where a representative from the Mississippi Department of Natural Resources documented its weight and measurements: 73 inches long with a 37-inch girth. Wheeler and his friends believe it originally weighed close to 140 pounds and simply lost some of its weight during the nearly seven-hour boat ride.

“It was a rush of a lifetime,” Wheeler said. “It was amazing. When the fish finally came to the surface, I could not believe it. I’ve caught 50 and 60-pound amberjack, but this experience was wild. I may never do anything like that again. But that’s okay because I had this once-in-a-lifetime experience. And that’s no fish tale.”