A neon sign in Deadwood, S.D. that pays tribute to Tootsie the Singing Coyote — it’s been a landmark for... 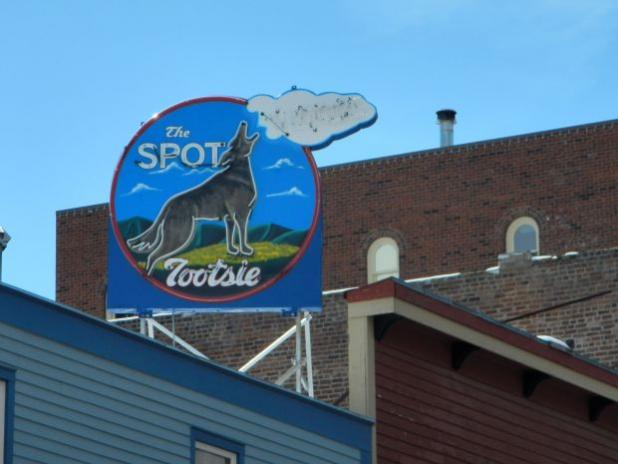 A neon sign in Deadwood, S.D. that pays tribute to Tootsie the Singing Coyote — it’s been a landmark for 60 years — will once again light up in the town’s historic district. The sign was damaged in a hailstorm last summer. It was restored at a cost of $5,200 to the city and will retake its place on top of The Spot liquor store, rapidcityjournal.com reports.

Tootsie was captured as a pup in 1947 near Custer Park, and became an unlikely celebrity. Her owner Fred Borsch, owner of The Spot, trained her to howl along with his singing. The two cut a record called “South Dakota Tootsie.”

Governor George Michaelson proclaimed her the official state animal of South Dakota in 1949, and the coyote remains South Dakota’s state animal today. At the height of her fame, Tootsie and Borsch took a 10-state tour that included a visit to the White House. Tootsie died in 1959 and was buried near the Borsch cabin in Galena, S.D.

“Tootsie was a local icon and with her owner, Fred Borsch, the duo toured all over the state and region. She was the animal that was instrumental in getting the coyote named the state mascot. It’s nice to have [the sign] back up and in good working order,” said Kevin Kuchenbecker, Deadwood City Historic Preservation Officer.