A Louisiana bowfisherman could have easily broken the state record for alligator gar when he arrowed an 8-foot, 215-pound fish.... 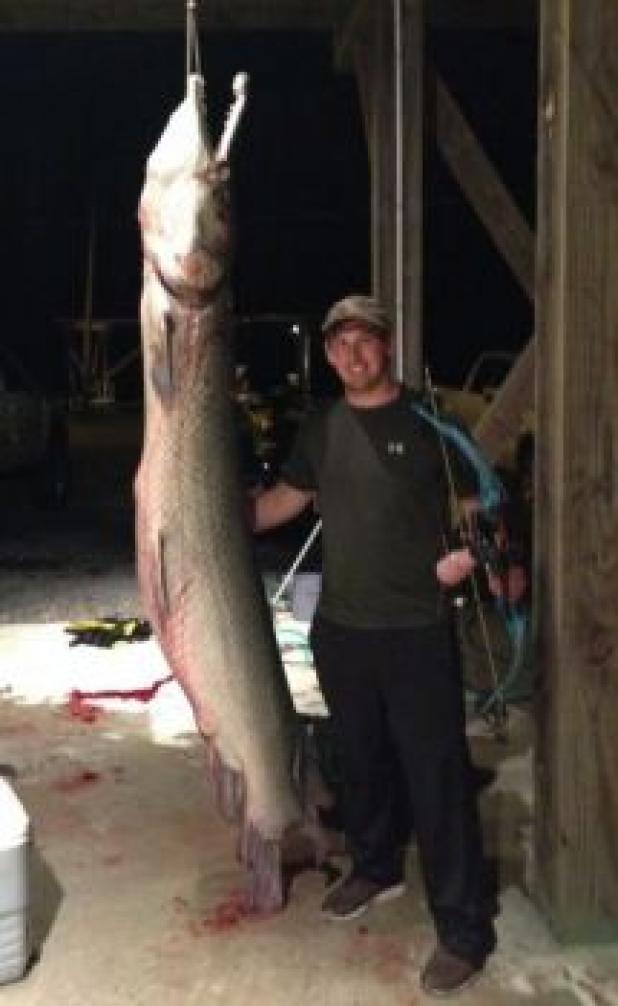 A Louisiana bowfisherman could have easily broken the state record for alligator gar when he arrowed an 8-foot, 215-pound fish. The gar is 36 pounds heavier than the current record. Unfortunately, the fish is ineligible for record consideration because it was not landed using a rod and reel or weighed on a certified scale.

According to Louisiana Sportsman, Brandon Saucier and two friends were bowfishing for redfish Sunday morning in an area littered with underwater logs. His first impression was the giant gar was simply another sunken timber.

“They turned to go shoot another redfish, and I see the fish start taking off. So I grabbed my bow in the back of the boat and I shot him. It was towing the boat all around the pond like nothing,” Saucier said. “She came close to spooling me, but I ended up tying on to the cleat of the boat. I handed the bow to the guys in front and I started chasing with the boat because I only had 50 yards of string. I had to really keep up with her.”

Saucier shot the gar in 2 feet of water, and his friends were able to get another arrow into the fish to ensure it wouldn’t get away. Eventually, the men had to shoot it with a pistol to safely get it on board — keeping one man on the opposite side of the vessel to counterbalance the fish’s weight.

On shore, they used a tow truck and scale to hoist and weigh the fish, but after a quick search of online records, Saucier realized his fish wouldn’t qualify.

“We didn’t want to lose the meat, so instead of just wasting the fish, we cleaned it and kept the head so I could have some biologists at Nicholls look at the inner ear to get aged.”

At the time of the story, biologists estimate the fish was around 50 years old.