The New York Department of Environmental Conservation recently announced that there is a new state record freshwater striped bass. Angler... 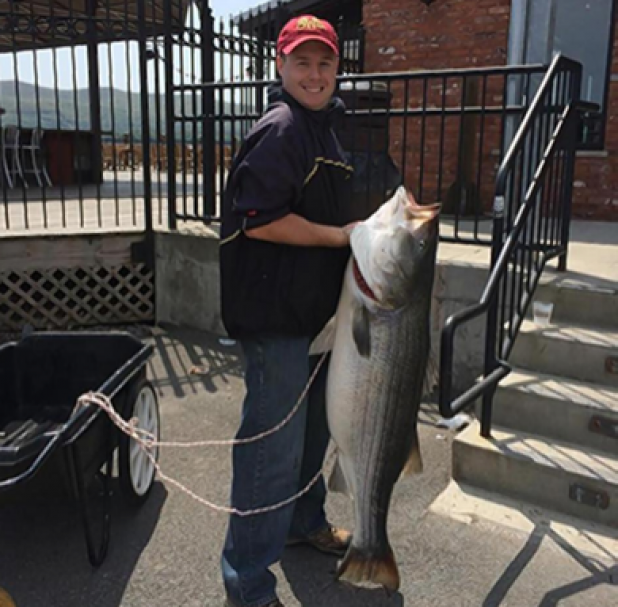 The New York Department of Environmental Conservation recently announced that there is a new state record freshwater striped bass.

Angler Eric Lester pulled a 60-pound, 53.4-inch long fish from the Hudson River on May 14. He said he was targeting smaller fish and using 20-pound test line when he caught the striper, CBS reports. Fortunately for him the line didn’t break during the 15-minute fight.

“I knew it was a big fish. I didn’t know how big,” Lester said. “My reel comes disconnected from my rod, so I have the reel in one hand, the rod in the other. I’m able to secure it back on and I continue to fight it, then the fish gets wrapped up in the prop of my boat.”

However, according to some news reports, a few local anglers are questioning Lester’s account for how he was able to get the fish into the boat. The fish was reportedly twice the size of his largest net and there were no witnesses to the catch.

“With this hand on the rod, I was able to stick my hand down inside of the gill of the fish, and hoist it up over the bow of the boat,” Lester said.

The fish is currently frozen in preparation for taxidermy work.

Biologists estimate the striper to be at least 20 years old.