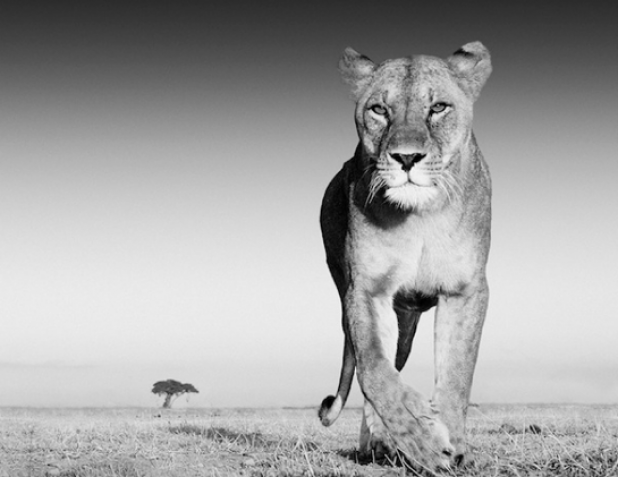 Photographer David Yarrow made these spectacular up-close photos of lions using a special lion bait: Old Spice. Old Spice, which is apparently popular in Africa among the Masai and others has long been believed by Kenyans to attract lions (you would think that would make it unpopular in Africa but apparently the opposite is true). Yarrow covered the casing of a remote camera with Old Spice stick aftershave. Just after the camera snapped a picture of a lioness she picked it up and carried it 700 yards into the brush.

Yarrow presented his lion images at the first Tusk Conservation Lecture in England on April 30. Yarrow donates a portion of his profits to Tusk, an organization working to promote conservation, community development and environmental education across Africa.

Incidentally, Prince William, who serves as Tusk’s Royal Patron drew misguided fire in the news in February when he went on a hunting trip to Spain just before announcing Tusk’s Let’s Unite for Wildlife campaign.