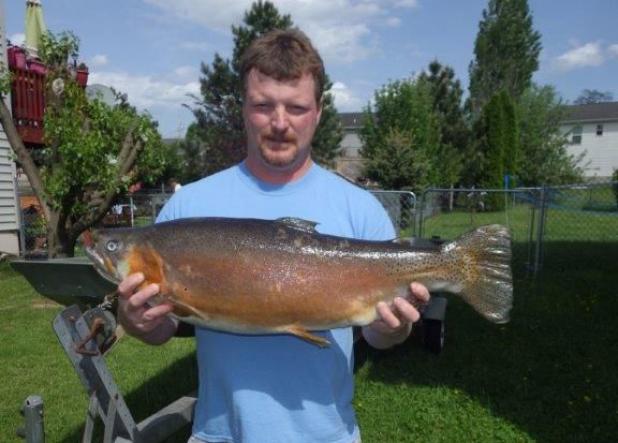 Coincidentally (or maybe not), Files caught the fish in the same pond that produced the state’s previous record — a 17.31 pound fish caught by angler Tony Corbin in 2013.

Where do these record fish stand overall? Well, the boys from West Virginia have a ways to go as the world record rainbow weighed an incredible 48 pounds. That fish was caught in Canada in 2009, according to the IGFA.