A South Dakota man landed a state-record paddlefish while fishing on Lake Francis Case on May 7. Bill Harmon’s 127-pound,... 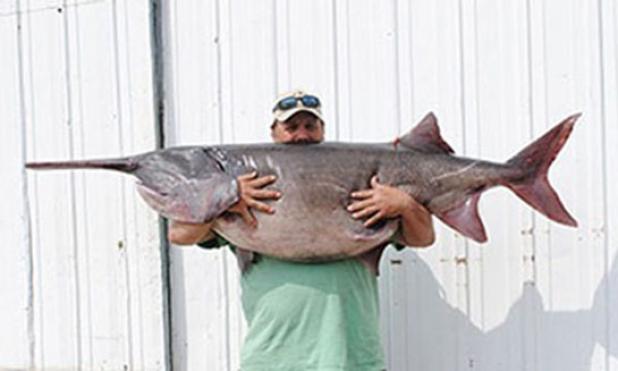 A South Dakota man landed a state-record paddlefish while fishing on Lake Francis Case on May 7.

Paddlefish are native to the Mississippi River range. The prehistoric fish — noted for its large mouth and paddle-shaped snouts — are among some of the largest and longest lived freshwater fish species. According to Jason Sorensen of South Dakota Game, Fish and Parks, Harmon’s fish is likely the product of state stocking and management efforts instituted in the early 1990s, which he said has helped to boost the species’ numbers.

“One of the original goals of the paddlefish stocking program was to initiate a sport fishery for this species. Paddlefish are a long-lived species and the Lake Francis Case population has some very old fish. There is potential for anglers to harvest large paddlefish and Bills’ recent catch is proof of that,” Sorensen said.